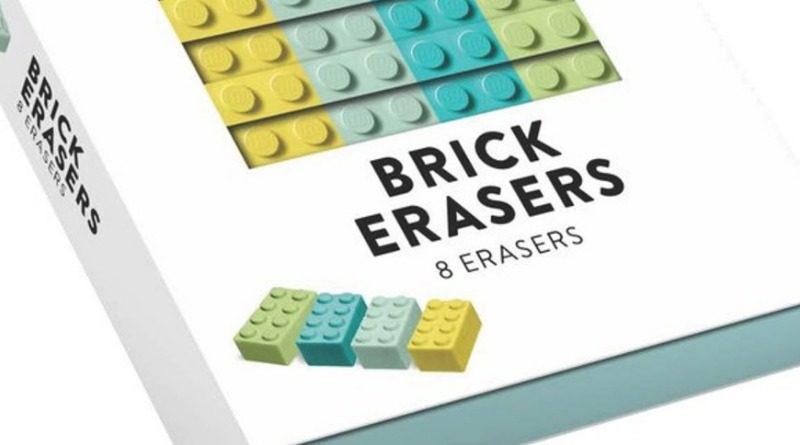 If you’ve ever wanted to scrub away your mistakes using LEGO pieces, 5006201 Brick Erasers could be just the ticket.

The officially-branded LEGO stationery product launched at LEGO.com earlier this month, offering eight erasers in various shades of yellow, blue and green – and all in the same size and shape as classic 2×4 LEGO bricks.

Best of all, they can even connect like actual bricks, allowing you to stack them up on your desk – or even combine them into one giant eraser. You know, in case you have a really big error to correct.

5006201 Brick Erasers will set you back £14.99 in the UK or €16.99 in Europe, so they don’t come cheap. And they’re also not currently available in the US, so stateside fans will have to make do with boring old regular erasers.

But if you do want them – say, to liven up those dreary homeschooling sessions – you’ll probably need to act fast. LEGO Star Wars’ brilliant new addition to the world of LEGO stationery, 5006372 Lightsaber Gel Pen Multipack, has already disappeared from LEGO.com, just six weeks after it launched. By that metric, 5006201 Brick Erasers likely won’t stick around forever either.