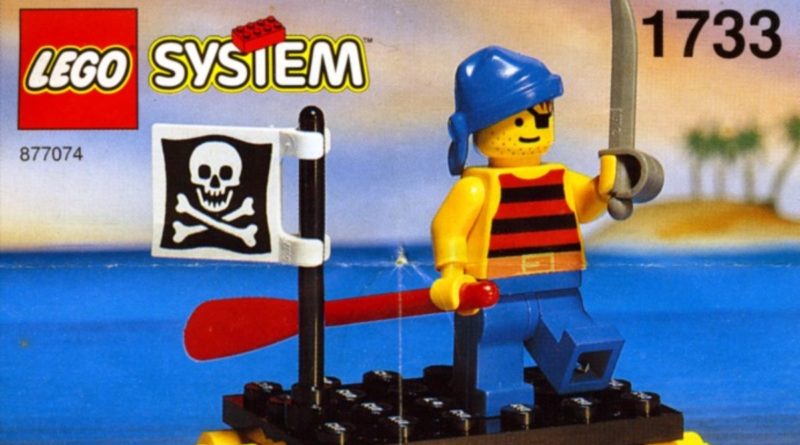 LEGO Ideas 21322 Pirates of Barracuda Bay’s retirement date has been moved up to 2021 – but what does it mean for the future of LEGO Pirates in 2022 and beyond?

Originally scheduled to stay on shelves until the end of next year, 21322 Pirates of Barracuda Bay will now apparently retire for good by the end of 2021. While the LEGO Group doesn’t provide concrete reasons for when it chooses to retire sets from production, we can make a few educated guesses.

When it comes to 21322 Pirates of Barracuda Bay, there’s a couple of obvious possibilities, and one or two that seem like a bit more of a stretch. Here’s a full rundown of every swashbuckling scenario we can see happening in 2022, from the ideal result for Pirates fans to the most depressing.

The dream: a new Pirates theme

For LEGO fans of a certain vintage, a return of one of the big three retro themes (alongside Classic Castle and Classic Space) would absolutely be a dream come true. If the LEGO Group is gearing up to launch a brand new full wave of Pirates sets, it stands to reason that it will include a pirate ship, and it may therefore be retiring 21322 Pirates of Barracuda Bay – which can be reconfigured from a shipwreck into a fully-operational Black Seas Barracuda – to avoid cannibalising its own sales.

There are a couple of detractors to this theory, however: presumably no regular set could compete with 21322 Pirates of Barracuda Bay’s retail price anyway, and 31109 Pirate Ship is due to stay on shelves until 2024 alongside 31120 Medieval Castle. For the time being, it looks like those two sets could be the LEGO Group’s solution to representing its retro themes.

Next year will see the LEGO Group produce a one-off set to celebrate its 90th anniversary, as voted for by fans in a LEGO Ideas poll. While the final winner of that vote won’t be revealed until 2022, we know that it’s going to be one of either Castle, Classic Space, BIONICLE or Pirates. And if it’s the latter, it makes sense that the LEGO Group would create that space in its portfolio by retiring 21322 Pirates of Barracuda Bay.

Given it looked like BIONICLE was on track to take pole position at one point, though, there’s no guarantee that Pirates will indeed be chosen for the 90th-anniversary set. And as the existing LEGO Ideas set already feels like the ultimate celebration of all things Pirates – especially in its nod to the original 6285 Black Seas Barracuda from 1989 – we’re not sure how the LEGO Group could top it.

Curveball: a return of Pirates of the Caribbean?

Pirates of the Caribbean is a licence the LEGO Group has embraced twice before: first in 2011 alongside the release of On Stranger Tides, and then again in 2017 for Salazar’s Revenge/Dead Men Tell No Tales. And with two more movies on the horizon – a sixth instalment in the saga, plus a spin-off starring Margot Robbie – we wouldn’t be surprised to see it return to the fold.

That said, 2022 feels a bit ambitious given neither of those movies even has a confirmed release window at the moment. They’re both still in early development, and bearing in mind the state of Hollywood production over the past 18 months (because of, well, everything), it’s hard to see either one arriving next year.

Or: nothing at all, Pirates is doomed

Call us doom-mongers if you will, but it’s also worth considering the possibility that no similarly-themed set is on the way to replace 21322 Pirates of Barracuda Bay. Not every LEGO Ideas set stays on shelves beyond the usual 18 months, and it may have simply reached the end of its natural shelf life.

That said, the 2,545-piece set was originally supposed to hang around until next year, which – if none of the above theories pan out – leaves us with the suggestion that it might not have performed quite as well as the LEGO Group anticipated, and the demand for a return of LEGO Pirates therefore isn’t as substantial as many would believe.

Fingers crossed this most depressing scenario isn’t the reality, and the LEGO Group does actually start sailing the seven seas again in 2022. But just in case, we’d recommend picking up 21322 Pirates of Barracuda Bay pronto…