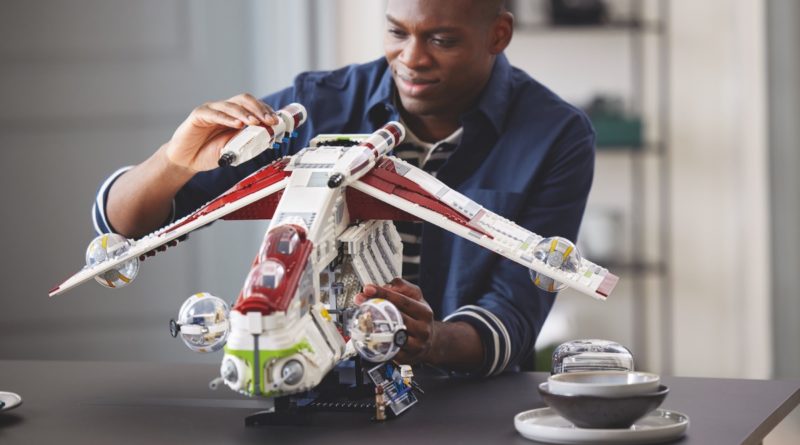 Zavvi has loaded up a massive discount on LEGO Star Wars 75309 Republic Gunship, bringing the Ultimate Collector Series set back down below its original RRP.

The result of a LEGO Ideas poll to find the next Ultimate Collector Series set, the Republic Gunship fended off stiff competition from the TIE Bomber and Nebulon-B Frigate, before arriving on shelves in summer 2021. It’s the biggest and most detailed version of the Republic vehicle to date, measuring an impressive 68cm long, 33cm tall and 74cm wide.

That means you’ll need a pretty big shelf to display it on, but it’s absolutely worth finding room for: as you can read in our review, 75309 Republic Gunship is totally worthy of being the first prequel trilogy UCS set in over a decade, and hopefully a sign of things to come in future. (The LEGO Star Wars designers say they’re open to the possibility, at least.)

75309 Republic Gunship also includes minifigures of Mace Windu and a Clone Trooper Commander to accentuate the base, planting this set firmly in Attack of the Clones territory. That makes it the perfect way to celebrate the middle prequel movie’s 20th anniversary this year, if you’re so inclined…

Thank you for supporting Brick Fanatics by purchasing your LEGO via our affiliate links – and make sure you check out our new page dedicated to helping you find the latest and greatest LEGO deals around.