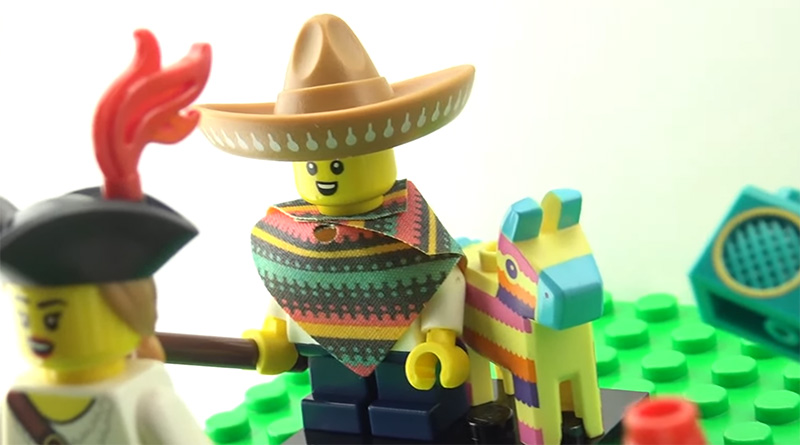 With the next wave of LEGO Collectible Minifigures, 71027 Series 20, unveiled at New York Toy Fair, a new video allows for a closer look at the new characters.

As always, LEGO Collectible Minifigures 71027 Series 20 offers a batch of new colourful characters for fans to collect. The new series has just been revealed at New York Toy Fair, and in a video from Beyond the Brick, collectors can see more of these new minifigures.

“We are celebrating the 10th anniversary of the Minifigures line and here is our brick boy here now in green and he has got the 10th anniversary 2×2 tile,” says LEGO US Model Builder Erik Varszegi. While he was not involved with the development of the series, he is presenting it at New York Toy Fair along with other LEGO US employees.

“We have a llama character for the costume characters, expanding on the menagerie of minifigure costumes,” he adds.

Other minifigures highlighted in the video include the Pinata Boy and the Pea Suit Girl, who has a printed torso hidden below the pea suit element.