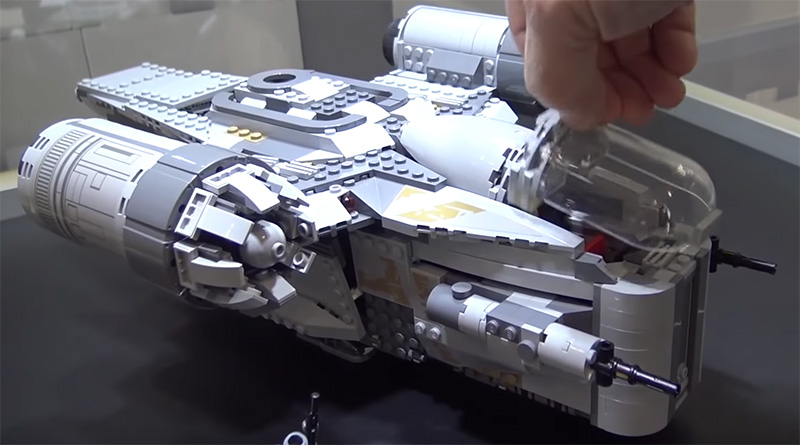 There is a hands-on look at LEGO Star Wars 75292 The Razor Crest in a new video.

LEGO Star Wars 75292 The Razor Crest was recently announced by the LEGO Group, with the set now on display at New York Toy Fair.

LEGO US Model Builder Erik Varszegi shows the LEGO Star Wars 75252 The Razor Crest set to Beyond the Brick in this video, although he was not involved in the development of the set: “Everybody is talking about Baby Yoda. We have a brand new mould, the heal mould, for the infant little microfig body.”

“The cargo areas open up in the back and the door closes up so it has the cargo storage area in the back,” Varszegi explains.

The 1,023 piece set will be priced at £119.99 and is available to pre-order now. It is based on the ship from Star Wars: The Mandalorian, the first ever live action series from the galaxy far, far away.