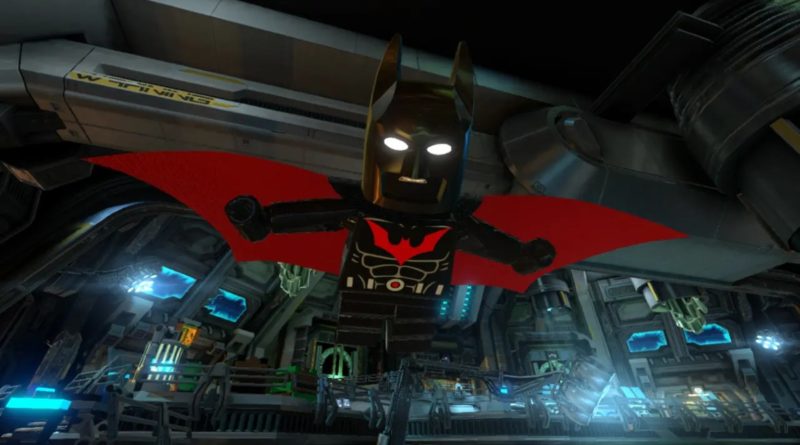 An updated copyright notice for LEGO Batman on the official online store may have revealed that Batman Beyond sets are on the way.

At the bottom of the official online store’s about page for LEGO Batman, past the promotion for the theme’s many models, is a small section of text accrediting the source materials and companies to recognise the copyright. However, one listed inclusion of Batman Beyond stands out with no builds or minifigures explicitly based on the animated series.

Batman Beyond was a spin-off show depicting a version of the Caped Crusader far in the future, with a new secret identity, villains and a distinctive red and black suit featured. It ran between 1999 and 2001 after 52 episodes across three seasons.

The only official LEGO media known to reference the series is a DLC pack themed to Batman Beyond in LEGO Batman 3: Beyond Gotham featuring digital minifigures of Batman, elderly Bruce Wayne, Ace the dog, Inque, Blight, Mr. Freeze, The Joker, and Bonk.

None of these minifigures have featured in sets and nothing based on the animated show has been physically released, with the DLC being purely digital. The update of this notice could mean that the LEGO Group have something planned for Batman Beyond soon.

It may also be that the LEGO group is simply referencing Batman Beyond enough within the existing sets. However, dedicated builds based on The Dark Knight have also been recently made available, which is separately mentioned in the copyright notice. This may mean that such an acknowledgement is a sign of things to come.

The smaller The Dark Knight build, 76239 Batmobile Tumbler: Scarecrow Showdown, is available now. The larger 76240 Batmobile Tumbler releases on November 1, but we’ve got an early review for you to read.