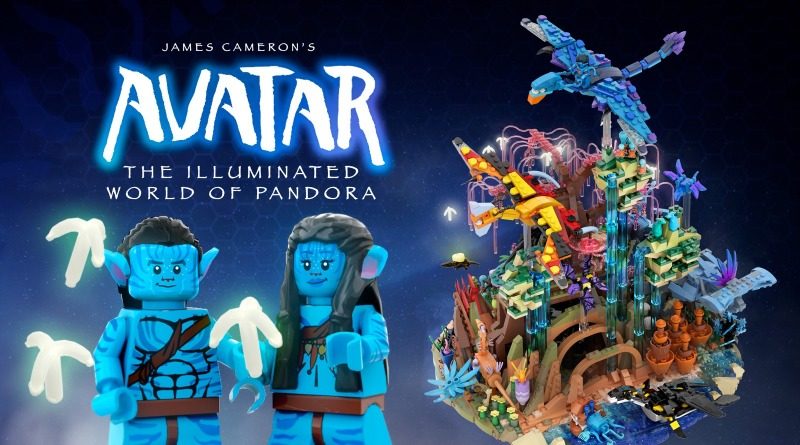 That means we might one day see James Cameron’s stunning vision come to life in LEGO bricks. The decision rests in the hands of the Ideas team, as the project will now go into the third 2020 review.

Ivan’s model packs in multiple scenes and characters from the 2009 movie, which has multiple sequels slated over the next few years. And it does so while staying true to Avatar’s aesthetic: bright, luminescent colours sprinkled among earth tones, recreating the lush world of Pandora.

It hasn’t taken long for the project to reach the magic 10,000 votes required to advance to the next stage. Ivan first uploaded it to the crowdsourcing platform on July 20, 2020, and it’s rapidly gathered support in the months since.

You might recognise Ivan’s name, because he’s the fan designer behind the recently-revealed 21324 123 Sesame Street. (Check out our review of that set here.) That means the LEGO Group has pedigree for turning his projects into official sets – but of course, Avatar is an entirely different beast to Sesame Street.

It’s also an entirely different beast to Community, another of the prolific builder’s projects that’s currently in the review stage. We’ll find out the results of that one a little sooner, but both projects will be in limbo for a little while yet.