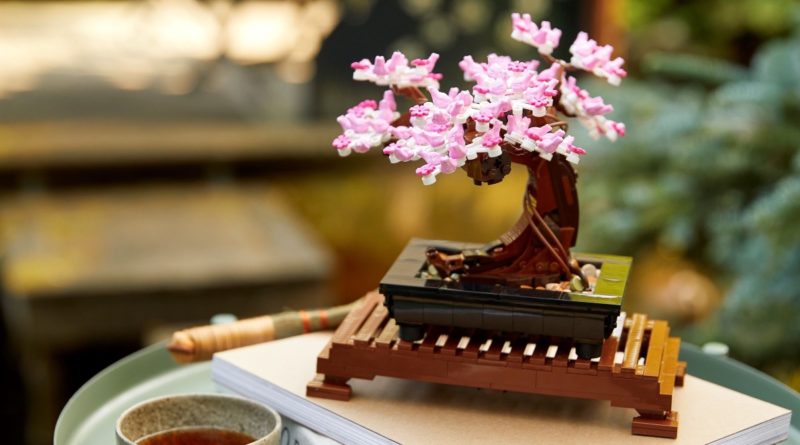 The LEGO Group regularly reuses existing elements to save resources; here are five of our favourite examples.

It’s no secret that LEGO designers will reuse existing parts for new (and sometimes) bizarre purposes when they create new sets. Changing the colour and position of old parts can make them into something entirely new.

In fact, LEGO Icons Designer Rok Zgalinn Kobe recently revealed that a number of familiar parts have been used in unusual spots to create the tallest LEGO model ever. Ranging from ingots and hotdogs to bucket handles and rollercoaster parts.

Inspired by Rok, we’ve gathered together some of our favourite instances of this practice for you here.

From afar, 10281 Bonsai Tree looks like a perfect brick-built version of a Bonsai tree in bloom. Once you get closer, however, you’ll notice that there’s not one, not two, but 101 frogs in used to create the blossoms of the tree.

In fact, using frogs in LEGO sets is designer Nick Vás’ signature move. He’s done the same thing in a number of sets, particularly across LEGO NINJAGO. In 2020, Nick even wrote a list of every time he did it.

This tiny X-wing is cute enough as is, but it gets even cuter when you realise that the boosters are actually carrots. In keeping with the ship’s white and orange paintwork, the point of the carrot also looks like flames coming out of the back of the ship. While you can’t see it that well in the picture above, you can see it clearly in the tweet below.

The LEGO designers really went in on 10280 Flower Bouquet, using Pterodactyl wings, car hoods and even robot heads to recreate the unusual and varied shapes in the build. The wings are the long green leaves you can see above, the robot heads form the centre of some of the flowers, and the car hoods are used to replicate rose petals.

While it’s retired now, 10351 Brick Bank featured some intricate designs on its facade. To create the authentic details around the top of the roof, the build includes a number of lightsaber handles (or light sword shafts, if you want the technical LEGO term). You never know, perhaps this just means that 10251 is actually located in the Star Wars universe, with bank tellers ready to jump into Jedi action if the Sith should rise again. But probably not.

The Botanical Collection, as we’ve seen above, is apparently the king of reusing parts and 10309 Succulents is no exception, although they are harder to see. Some builders were shocked to find guns in their builds, but looking at the instructions would quickly show you that they form up the base of many of the plants. Once you’ve completed the build, you can hardly see the guns unless you’re looking closely.

Have we missed your favourite reused element? Let us know in the comments below.

Support the work that Brick Fanatics does by buying your LEGO sets using our affiliate links. Thank you!