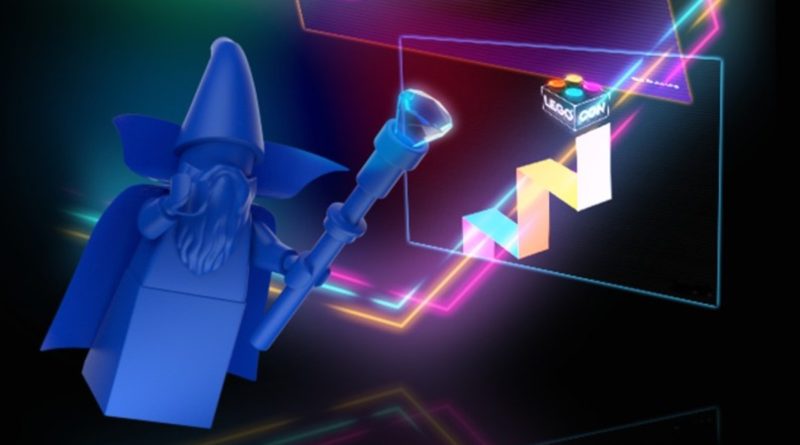 2021 was an eventful year for the LEGO Group, with plenty of surprises for us throughout, from more builds for older hands to a boost in diversity.

Following a financially successful 2020 for the LEGO Group, including the launch of their new partnership with Nintendo through LEGO Super Mario, we were left to wait and see what would be in store for the brick in 2021.

Throughout the next year, the LEGO Group would continue to surprise us with a new kind of dedicated event and one of the most diverse builds yet. We’ve compiled five of the biggest revelations from the company in 2021 for you to read below:

The LEGO Group launched not one, but two sets linking to the LGBTQIA+ community in 2021. First up was 40516 Everyone is Awesome from VP of Design Matthew Ashton, who spoke about how much the model meant to him and what message it was trying to deliver in a designer video. With a colourful creation representing every colour of the updated pride flag, 40516 Everyone is Awesome was just the start of the LEGO Group’s commitment to increasing diversity in its products.

Launching later in the year was LEGO for Adults 10291 Queer Eye – The Fab 5 Loft, based on the Netflix show of the same name. Featuring minifigures of the cast, the reality TV show was the second LGBTQIA+ model in 2021, as evidenced by not only the contents but the name itself. Matthew Ashton also had a hand in the set, though the idea for it originated outside of the LEGO Group.

The BrickLink Designer Program may have had an interesting beginning to its life, the initiative has just ended its second round, delivering fan-made projects to you as official, but fundraiser sets from the LEGO Group. The concept behind the BrickLink Designer Program was to five reject LEGO Ideas projects a second chance, and see if there was enough support for them to be funded out of the pockets of those who wanted them.

Despite server errors, stock issues and scalpers the BrickLink Designer Program still stands as an example of the LEGO Group listening to feedback and offering a second chance for a select few of the many rejected LEGO Ideas projects. It is planned to continue with the third and final round in 2022.

When it comes to the builds themselves, there were more than a few surprises in terms of models in 2021 too from a brick-built shoe to the launch of the LEGO Botanical Collection. The past has seen the release of many models the likes of which we have never seen before.

LEGO for Adults 10282 Adidas Originals Superstar is the first time that the LEGO designers have been challenged to recreate an article of clothing entirely in bricks, with a build that integrated shoelaces and came in a real shoebox for maximum authenticity. Elsewhere, 10280 Flower Bouquet aimed to inspire you to add a touch of LEGO to your home with a collection of custom flower recreations to display – vase not included.

This past summer also saw the LEGO Group host the first-ever LEGO CON, a virtual event featuring activities, interviews and reveals. Streaming live from the LEGO House, LEGO CON was the premiere event officially dedicated to bricks, allowing you to choose a future Minecraft minifigure, have a miniature mosaic displayed on the walls of the brick-based attraction and more.

The LEGO Group discussed their thoughts on the first iteration of the event in a statement but has already confirmed that LEGO CON will be back in 2022.

In 2020, the LEGO Group renamed their range of high-end models from Creator Expert to LEGO for Adults, with a new ‘Adults Welcome’ ensuring older audiences that these sets were targeted towards them. Over the first year of the rebranded theme, 23 builds were launched under the renamed banner.

However. it would appear that they were received well as 2021 saw the launch of 44 LEGO for Adults sets, spread across various themes and all receiving an 18+ age rating. To say that there is plenty of choice in LEGO for Adults in the 2021 range may be an understatement with everything from licensed models to original creations covered. 2022 is rumoured to continue the theme with a Back to the Future build.

For more on 2021 in LEGO, check out all our Year in Review features.

One thought on “Five times LEGO surprised us in 2021”