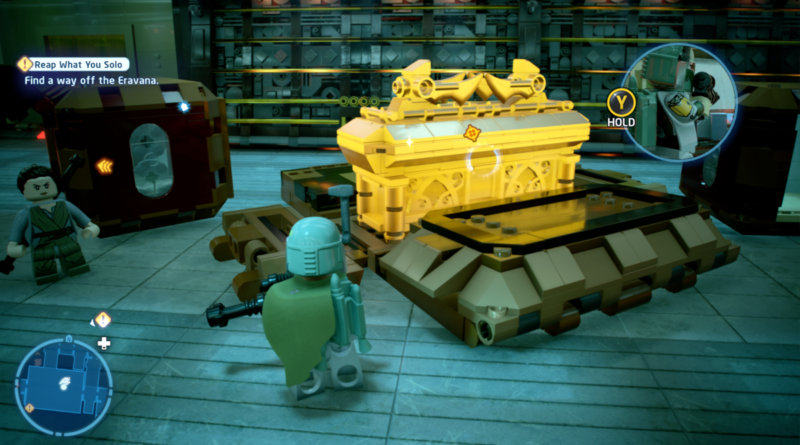 We honestly didn’t expect to see subtle nods to another popular Lucasfilm franchise in LEGO Star Wars: The Skywalker Saga.

It’s safe to say that TT Games’ latest release has been a massive hit with players worldwide. Some editions have sold out at certain retailers and LEGO Star Wars: The Skywalker Saga is riding high in the UK video sales charts.

It should come as no surprise though, as LEGO Star Wars: The Skywalker Saga had been in development for years, following delays due to the pandemic and rumours of crunch at the studio. Yet the proof of the game’s pedigree is there for all to see with a sprawling epic that encompasses nine Star Wars movies, 24 open world planets, multiple side quests, hundreds of unlockables and much more.

The effort that TT Games put into LEGO Star Wars: The Skywalker Saga is certainly most impressive, especially as it appears that the developer has also managed to sneak in a handful of subtle nods to another popular Lucasfilm franchise.

Yes, there are hints and winks to adventurer and archaeologist Indiana Jones throughout the game for players to find. The biggest of these is in the third level of Episode VII entitled, ‘Reap What You Solo’, where correctly cracking the symbol code to unlock a large crate reveals a golden Ark of the Covenant inside.

This fabled lost treasure was most famously featured in Raiders of the Lost Ark, although blowing up the LEGO version (using a Bounty Hunter character) gets you a shiny Kyber Brick instead of being disintegrated by the wrath of God.

Other franchise nods appear in the form of Indy’s hat being sucked out of the airlock in the Episode IV level, ‘A Boarding Party’, and a Mission entitled ‘Ancient Idols’, in which players have to track down rare treasures around the galaxy. That sure sounds very familiar…

A fifth Indiana Jones movie has now wrapped principal photography and is due out in 2023. There are also rumours that the LEGO Group’s project codenamed ‘Coconut’ could potentially bring new LEGO Indiana Jones sets at some point, the first since 2010.

LEGO Star Wars: The Skywalker Saga is available to purchase now in both physical and digital Standard and Deluxe Editions. Find out our thoughts on the game in our in-depth review.