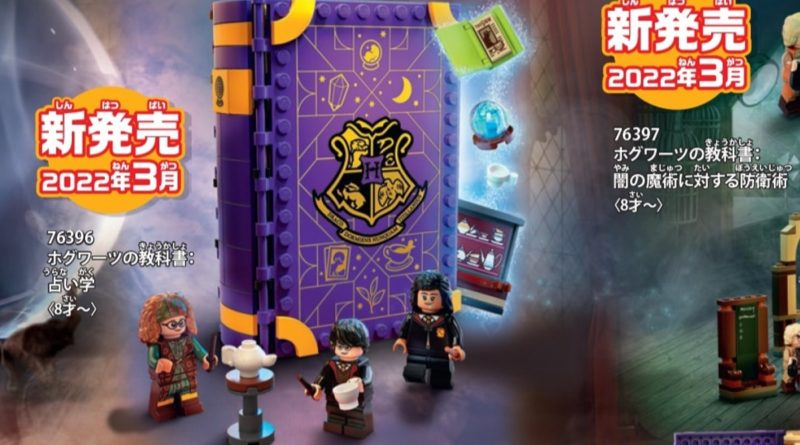 Following the first look at more LEGO 2022 sets from Harry Potter and more in a catalogue, a digital version has surfaced offering a better view.

The digital version of the early 2022 catalogue of LEGO sets for Japan has appeared online, revealing high-quality images of the upcoming models following previous pictures that were scanned from a physical copy.

Almost all of the builds featured in the new catalogue were featured in the version found earlier, apart from a mention of the Thor: Love and Thunder sets, the March DOTS wave and one of the Technic creations. From CITY to Harry Potter, there are plenty of pages to look through in the below gallery, with the full catalogue ready to be found here.

These high-quality images of the upcoming 2022 models showcase the interior of the two Hogwarts Moments builds with curtains and various magical items lined along the walls of the book exteriors.

Fresh views of the new NINJAGO spinners have also been revealed with the three sets featuring a new element that features an elemental tornado and transparent bars that lead to the spinning mechanism.

The Japanese catalogue confirms that each of the shown builds is coming in March 2022, but no word on wider regional prices or release dates have been confirmed at this time.

One thought on “High-quality pictures of upcoming LEGO 2022 sets from Harry Potter, CITY and more”