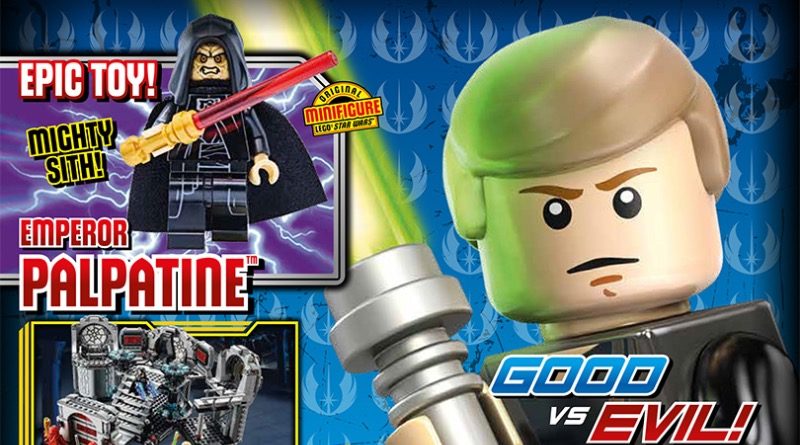 Issue 69 of the LEGO Star Wars magazine is now available at all good retailers, complete with a free, foil-bagged Emperor Palpatine minifigure.

Immediate Media’s long-running title is approaching its seventh year in print, and shows no signs of slowing down. In fact, it’s really just going from strength to strength – at least where its freebies are concerned.

In recent months, we’ve been gifted two incredibly desirable minifigures in Bespin Luke Skywalker and a Mandalorian Warrior, along with some delightful mini models in a TIE Interceptor and Obi-Wan’s Jedi Starfighter.

The latest issue is now going one better with an Emperor Palpatine minifigure that’s otherwise only available in 75291 Death Star Final Duel. As always, you can grab your copy of the mag for just £3.99, which makes this a much easier way to pick up Palps if you’re not interested in that set.

There’s also the usual mix of puzzles, posters, comics and activities inside the issue, which should make for a great distraction for any young fans in your life while you run away with the minifigure. (Hey, we aren’t judging.)

We’ll bring you a closer look at the Emperor Palpatine minifigure as soon as we can. In the meantime, you should be able to find Issue 69 of the LEGO Star Wars magazine right now at all good supermarkets and newsagents.