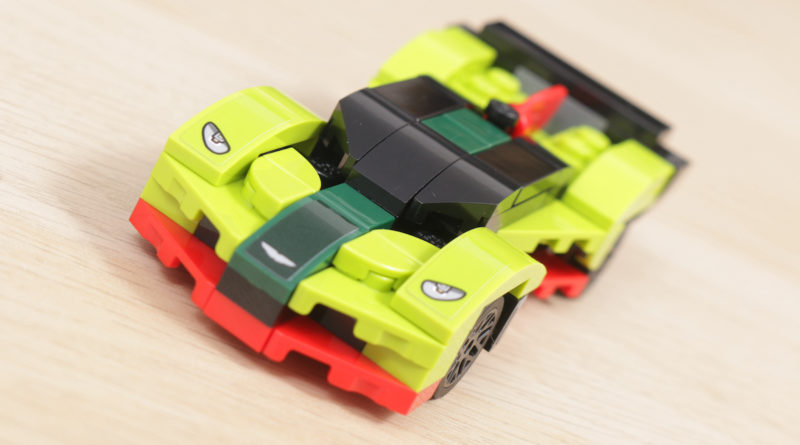 And much like the recent switch for the larger Speed Champions cars and trucks from six studs to eight studs wide, the extra width offers a whole world of detail and interest for these polybag builds.

Last year’s Elva was a neat, Matchbox-style car design that gave promise to this new mini-scale of car making for a highly-collectible line, and this year’s 30434 Aston Martin Valkyrie AMR Pro very much continues that same approach.

Furthermore, this is a substantial collection of parts – how many other polybags can you think of that come with their own second bag of smaller parts inside, plus a set of stickers? Indeed, combined with the fact that this has clearly gone through the same design team that produce the larger Speed Champions sets – meaning that it offers way more skill and application around LEGO building that usual – and this barely feels like a polybag and more like another full-on Speed Champions set.

In addition, LEGO City 30589 Go-Kart Racer is available while stocks last from June 7 to June 14 at LEGO.com or in LEGO stores with purchases at the same threshold of £40 / $40 / €40, meaning that qualifying spend can actually net you two free GWP polybags for the dates that they cross over.

Support the work that we do at Brick Fanatics by purchasing your LEGO via one of our affiliate links – thank you!