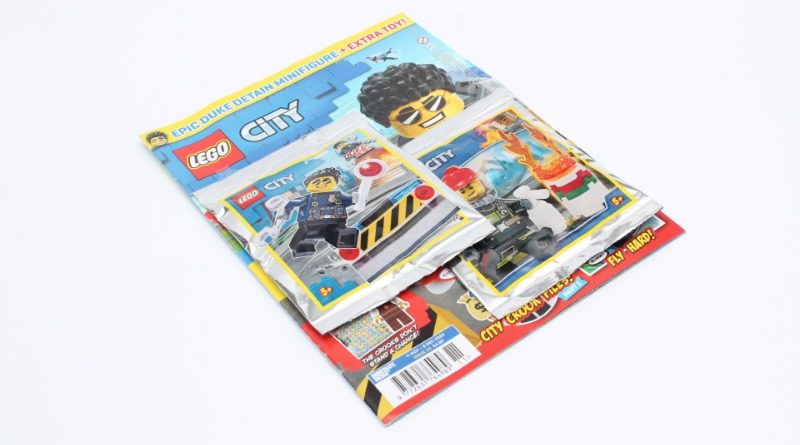 The latest issue of the LEGO CITY magazine is out now, with two free LEGO gifts.

Immediate Media’s LEGO CITY title has been running since 2017 in the UK, and now follows the same monthly release pattern as the LEGO NINJAGO magazine.

It’s geared predominantly towards kids, and to that end you’ll find plenty of comics, activities and puzzles in each issue. The latest edition is no different, packing in posters, a maze and even a cut-out face mask. (Unfortunately, it doesn’t seem quite up to combating the spread of coronavirus.)

You might still want to pick it up even if you fall beyond its main target audience, though. That’s because this issue includes not one, but two free gifts, including a Duke Detain minifigure and a random extra toy. That’s double the freebies of the magazine’s NINJAGO counterpart, though it does ring in a touch more expensive at £4.99.

Issue 33 of the LEGO CITY magazine is available until December 8 at newsagents and supermarkets. Issue 34 launches on December 9, and includes a free Deep Sea Diver minifigure.

For a closer look at the free gifts in this month’s issue, check out our in-depth spotlight here. Or for more on this month’s LEGO NINJAGO magazine, click through here.