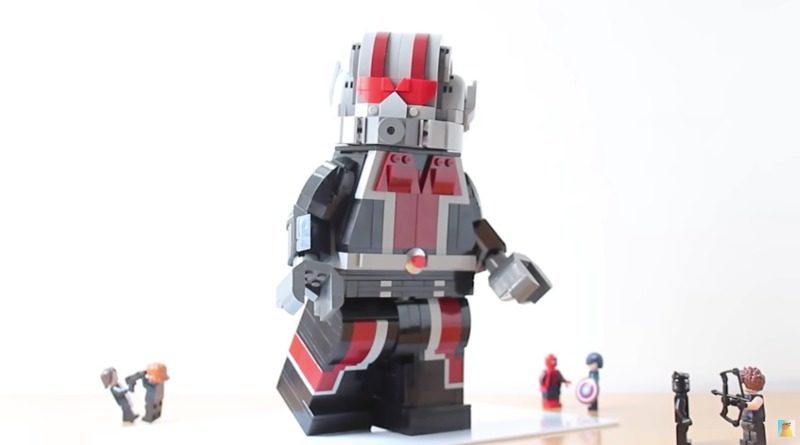 LEGO YouTuber hachiroku24 has made many LEGO Marvel fans’ dreams a reality with his latest build of Giant-Man.

Ever since LEGO Harry Potter’s 76393 Harry Potter & Hermione Granger builds were first revealed, many Marvel fans were quick to point out the potential for Giant-Man to be built in the same style. hachiroku24 went out and did just that, based on the instructions for the Harry Potter sets. The shape of the figure is exactly the same, just with a different design.

The video shows Giant-Man towering over LEGO Marvel minifigures, recreating the iconic airport scene from Captain America: Civil War, where the superherous were pitted against each other. When Team Cap was in need of a distraction, Ant-Man took a risk for the team and used the Pym Particles technology to grow to a 65-foot tall version of himself.

The YouTuber’s brick-built version of Giant-Man is large enough to hold regular minifigures in his hand, just like he did in the movie, snatching War Machine out of the air. hachiroku24 also showed a Spider-Man minifigure crawling down Giant-Man’s helmet, once again demonstrating the scale of his creation.

Although this is a fan-made creation, you never know whether the LEGO Group will take some inspiration and give Giant-Man his very own set. We will of course keep you posted if any rumours of this start to pop up. In the meantime, you can content yourself with the rumoured LEGO Marvel Collectible Minifigures series or potential other MCU LEGO sets coming this summer.