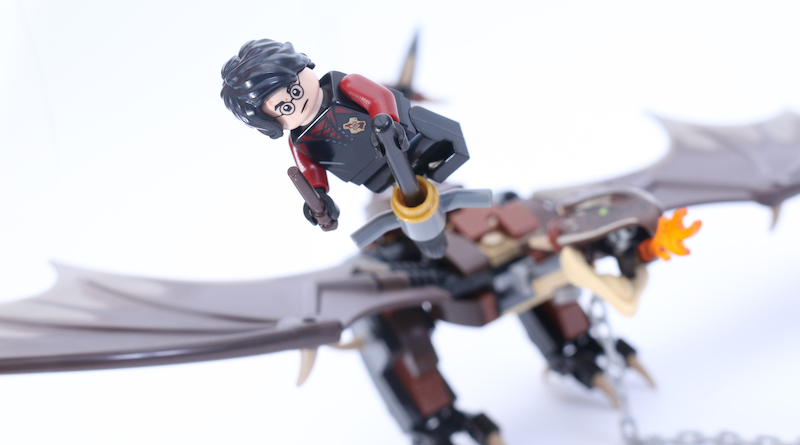 75946 Hungarian Horntail Triwizard Challenge contains a cute build and great minifigures – unfortunately or not, all that you can get for £30

Our review of 75945 Expecto Patronum considered the concept of value in the LEGO Harry Potter sets of 2019, and did not rank that set entirely favourably. 75946 Hungarian Horntail Triwizard Challenge comes in at £10 more expensive, with the same number of minifigures and more than double the piece count. 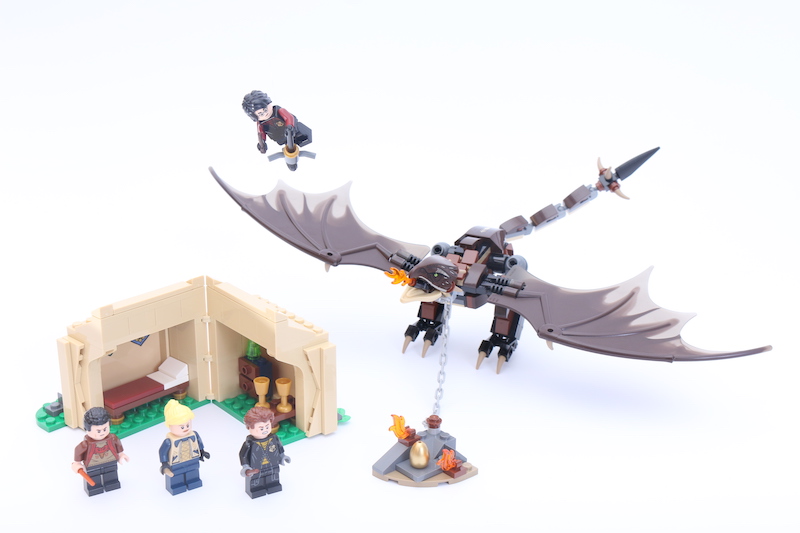 Much like a lot of the LEGO Harry Potter sets currently out, 75946 Hungarian Horntail Triwizard Challenge is loaded with exclusive minifigures – all four are uniquely designed representations of the four participants in the Triwizard Tournament from Harry Potter and the Goblet of Fire, in their gear preparing to take on their respective assigned dragons in the First Task.

The minifigures – Harry Potter, Cedric Diggory, Viktor Krum and Fleur Delacour – are each designed with the attention and care expected of the LEGO Group in 2019, so much so that the disappointment is how true to the book and film the set is, in providing just the one broomstick and one dragon (Harry’s Horntail) – only one Champion can have a go at a time as the others wait in that tent.  You have the tent as part of the set, so, makes sense for your three redundant minifigures to make use of it whilst the other one is off having fun on the broomstick. It’s got some nice stickers in there too, making for perhaps the most detailed tent the LEGO Group has released. 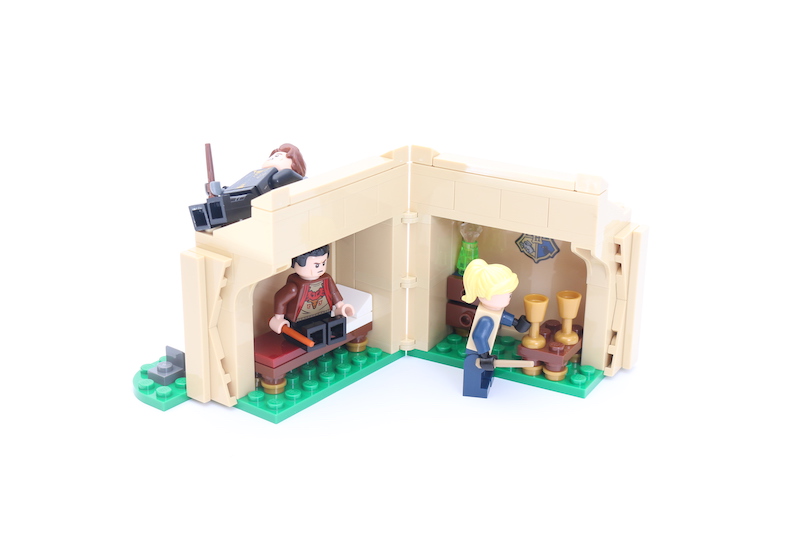 It’s Harry’s dragon, naturally, that is included in the set and it will surprise you as a build – positively for how intelligently a range of movement, poseability and character is captured in so few pieces, and negatively for how few pieces have been used. This is a Horntail not yet fully grown, half the size of the one you would hope the LEGO Group would build but that we both know wouldn’t be possible in a set for less than at least £100. To stick to the £30 price point, we have this shorter, all round smaller dragon for Harry to try and navigate on his way to grabbing the golden egg. Somehow, the Task doesn’t seem so hard now. 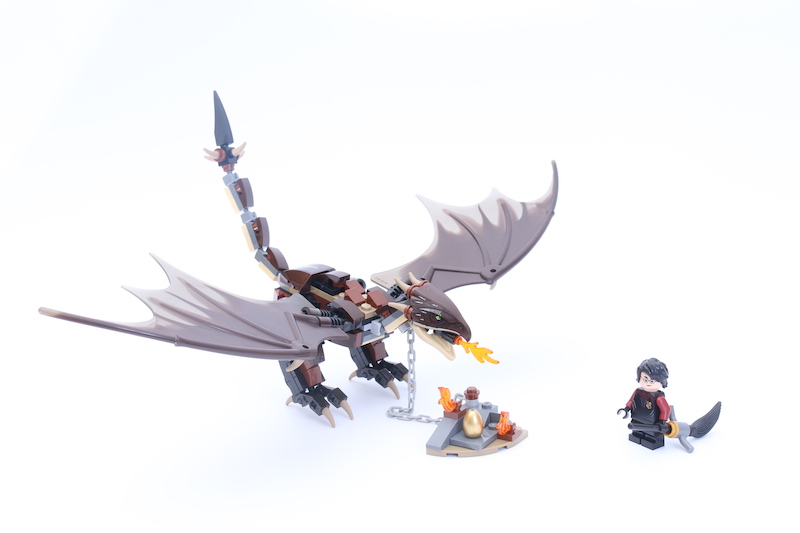 This is a slight shame, but as mentioned, for the pieces used, nothing is wasted in this build and, primarily thanks to a plethora of ball joints, there is a wonderful flexibility to the model, topped off with a printed, moulded head. Ultimately, it’s not the dragon you would have hoped for, but, it’s still very nicely designed and a fine addition to the collection all the same.

75946 Hungarian Horntail Triwizard Challenge is a nice rendering of a memorable moment from Harry Potter and the Goblet of Fire, particularly so for the money asked of you. Even as you may be left wondering what a bigger dragon at a higher price would have looked like, you won’t be disappointed with the one you will hold in your hand. Good minifigure selection alongside clever design for an unfortunately small number of pieces – there’s a theme to the smaller sets of the LEGO Harry Potter line.