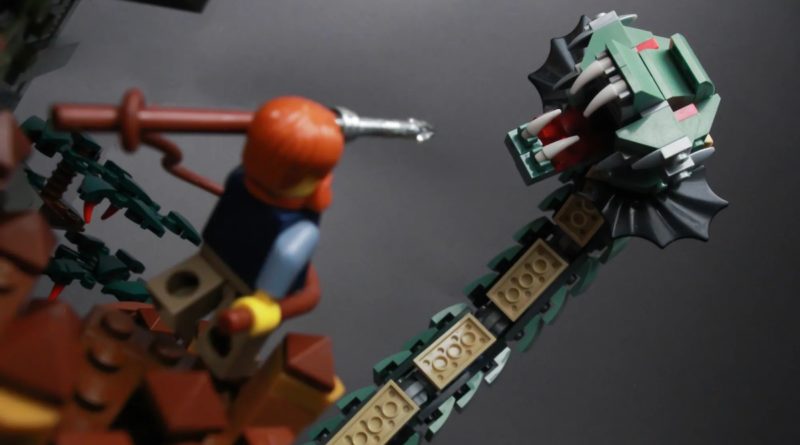 Mother-son duo Marlene and Tonko’s The Legend of the Sea Serpent conjures up memories of the Vikings set through the giant green snake that envelops the build. It swaps out the longboat of that mid-‘00s model for a house, however, built atop a rocky outpost situated across a dark and menacing ocean base.

“Initially, we wanted to keep it simple, so the idea was just a house on a rock,” the duo explains on the project page. “But as the build developed, so did our ambition and the story. When one of us suggested building a serpent attacking the house, neither of us knew where to begin. How does one build a serpent out of LEGO?

“We decided to split the job: one of us made the head, the other the body. After a lot of effort and attempts, this is what we came up with, and we are quite happy with the result.”

The entire build took the pair around 40 hours from start to finish, using approximately 2,000 pieces along the way. It will now progress to the increasingly-packed first 2022 review, though its chances of getting the green light may be hampered by the rumoured return of Vikings (and a sea serpent) in this summer’s Creator 3-in-1 wave.

Here’s the full list of LEGO Ideas projects in this round, which now totals 28 builds in all: