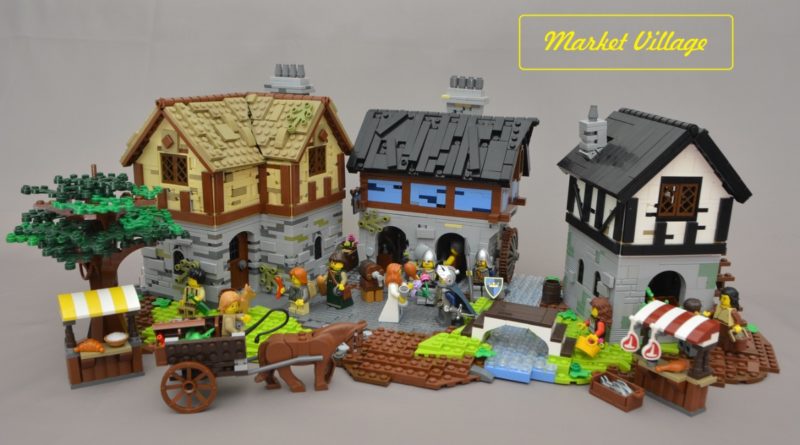 A remake of 2009’s 10193 Medieval Market Village has finally reached the review stage on LEGO Ideas, almost two years after it was first uploaded.

It’s been a slow but steady journey for Commander Brick’s The Market Village, which takes clear inspiration from one of the LEGO Group’s greatest Castle sets to date. The project page doesn’t explicitly mention 10193 Medieval Market Village, a direct-to-consumer set released at the tail end of Castle’s Fantasy Era subtheme, but it shares all the same trappings.

Two of its three buildings use the same colour scheme as the original set, for example, while both models feature a tree, market stall and horse with cart. Commander Brick’s version is more detailed in pretty much every regard, however, and includes a base of terrain to tie the entire scene together.

Originally uploaded to LEGO Ideas in May 2020, the build has taken a little longer than most successful Castle-inspired projects to reach the review stage, but will now get a fair shake from the review board nonetheless. Its chances feel fairly remote, however, given similar concepts were rejected in the second 2020 review and first 2021 review.

There are now 26 projects in the first 2022 review, which is growing at an alarming pace – and could well come close to toppling the first 2021 review’s record 57 projects in a single round by the time May rolls around, and the qualifying window closes. Here’s the full list of builds currently in contention this time round:

Castle is currently represented in the LEGO portfolio through both Creator 3-in-1’s 31120 Medieval Castle and a previous LEGO Ideas set, 21325 Medieval Blacksmith.