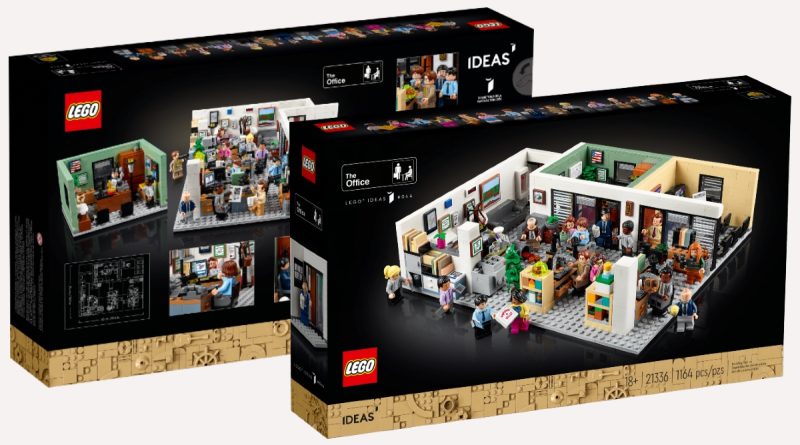 Since switching to product numbers starting 213XX with 2015’s 21301 Birds, LEGO Ideas has churned out its sets sequentially, with respect to not only their SKUs, but also the number applied to each of its models – often directly on the box. The packaging for 21334 Jazz Quartet, for instance, states that it’s #42 in the Ideas line-up, while 21336 The Office – revealed earlier today – is #44.

That leaves a curious gap in the line-up, because the Ideas team has yet to reveal its 43rd set, presumably numbered 21335. But given 21336 The Office doesn’t launch until October 1, there’s still plenty of time for it to be revealed and released – and according to recent rumours, that’s exactly what’s going to happen.

Indeed, the latest reports claim that 21335 will be Sandro Quattrini’s Motorized Lighthouse, which is apparently due to hit shelves in September for around $300 (or more, depending on whether it’s impacted by the LEGO Group’s imminent price increases). Those are still only rumours at the moment, but they do seem to be supported by both 21336 The Office’s numbering and historical precedent.

There are no guarantees that another LEGO Ideas set will launch before 21336 The Office, of course. 21335 could have been delayed for any number of reasons, for instance, forcing the LEGO Group to launch Ideas sets out of sequence for the first time. But at this stage, it seems just as likely – if still surprising – that it’s only announced them out of order, and 21335 will indeed arrive before October.

If it does, it will mean that ­– including 21336 The Office – we’ll have seen a total of seven LEGO Ideas sets land on shelves in 2022, including one gift-with-purchase. That’s only one GWP shy of 2021’s record number of Ideas releases within a single calendar year – and there’s still plenty of opportunity for more to come in the last quarter of 2022…