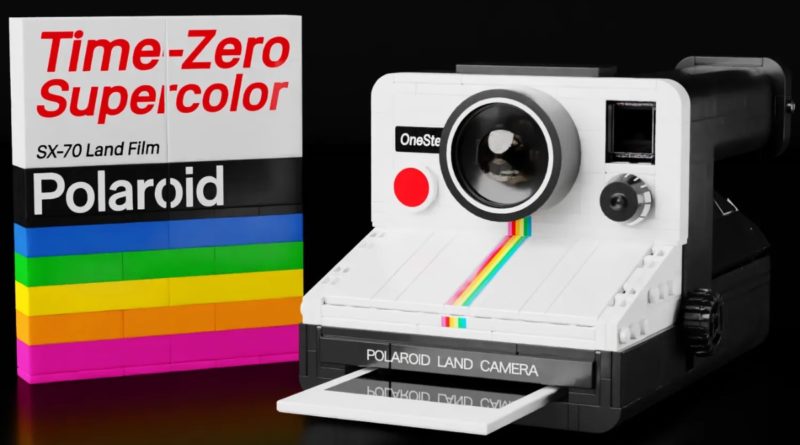 A functioning Polaroid camera build has reached the review stage on LEGO Ideas in less than two months, and looks to stand a great chance at becoming an official set.

That’s because – at face value – it slots very nicely into the criteria the crowdsourcing theme is known for: an original, interesting design that presents something brand new, and therefore doesn’t conflict with anything else in the portfolio. The LEGO Group is also no stranger to sets based on real-world objects, especially when they have working functions (just look at last year’s 21327 Typewriter).

It’s a promising landscape for LEGO Ideas user Minibrick Productions, who’s already seen two of their previous projects reach the coveted 10,000 votes required to advance to the review phase. The first of those was Avatar: The Last Airbender, which was rejected in the second 2020 review, while their Polar Express build was similarly turned down in the first 2021 review.

Their Polaroid OneStep SX-70 could go one step further in the first 2022 review, however – the results of which we’ll likely discover around October. The 538-piece model includes elements for the camera, a box of film, and at least two Polaroid photos, which sit at the heart of the build’s functionality. As well as swapping between the images, you can spin the gear on the side to ‘develop’ the photo.

The camera also has a working viewfinder – in as much as you can look through it – and can be opened to reveal its inner workings, which in Minibrick Productions’ concept include stickers from the manufacturer.

Whether the Polaroid OneStep SX-70 really will make it on to store shelves is now in the hands of the LEGO Ideas review board. It joins 19 other projects in the first 2022 review, which is growing bigger by the day. Here’s the full rundown so far: