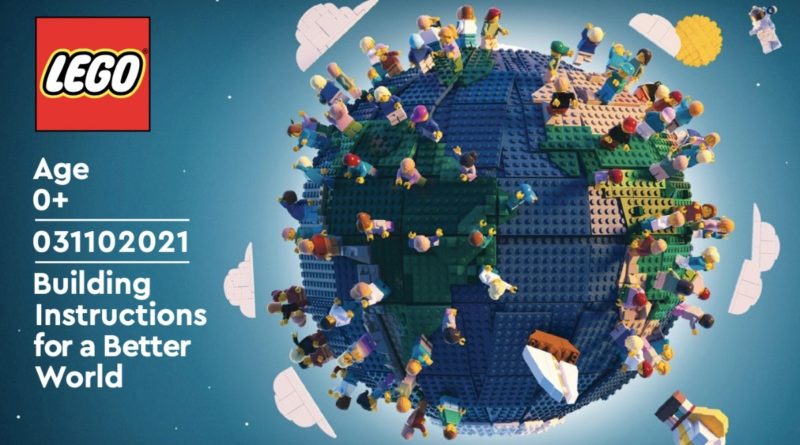 In the run up to the COP26 climate summit, the LEGO Group has released a new set of ‘instructions’ for world leaders.

The COP26 (UN Climate Change Conference of the Parties) will be hosted in Glasgow from October 31 to November 12, with approximately 120 countries in attendance. It is hoped that the attendees will make positive steps to reduce emissions, avoiding severe global temperature rises and combating climate change in the process.

In anticipation of the conference, the LEGO Group has produced ‘Building Instructions for a Better World’. Highlighting 10 environmentally-friendly actions, this leaflet brings together popular actions amongst young people at the moment. The actions were chosen following research with more than 6,000 children across the world.

In an effort to make these actions more digestible, the leaflet mimics the format of existing LEGO building instructions. Miniature models of trees, books, and recycle bins accompany each action, while a summary version includes part lists and part counts.

It’s a cute showcase for the LEGO Group’s branding, and accompanies other environmental initiatives on the company’s part. Recent examples include a commitment to more recyclable packaging in LEGO sets, and LEGO elements made from plant-based materials. The leaflet also forms part of the LEGO Group’s Build the Change programme, which allows children to express their hopes through creative materials.

It’s unclear what impact – if any – the leaflet will have on the climate talks. Action on climate change has become increasingly popular over the last few years, as temperatures have risen and the impacts of climate change have become more apparent.

However, greenhouse gas concentrations continue to rise in spite of these changing attitudes. Despite numerous conferences and agreements over the past few years, significant action on climate change also remains maddeningly elusive.

The LEGO Group’s actions are certainly commendable (if also a neat advertisement for its own products). But we clearly need a broader range of action – and soon – to get the better world the LEGO Group talks about. If you’d like to see it for yourself, you can download the leaflet from the LEGO website.