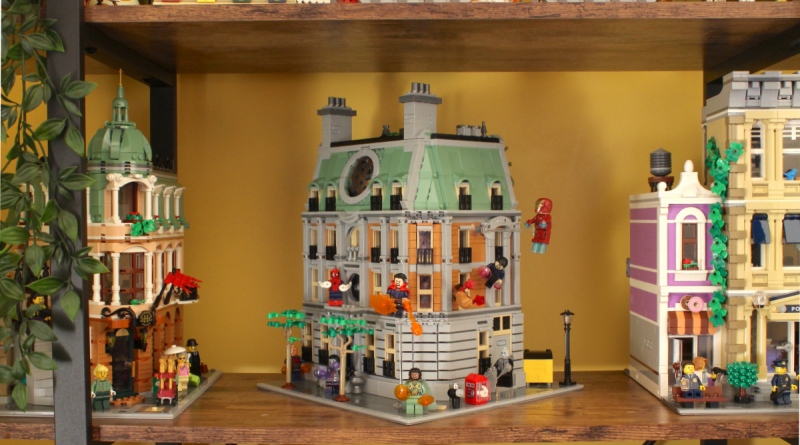 One of the relics sitting in the top floor of LEGO Marvel 76218 Sanctum Sanctorum now seems prescient in hindsight – and could well show up again in 2023 or 2024.

The latest Marvel modular building’s top floor houses a variety of relics and objects from across space and time, presumably collected during the Supreme Sorcerer’s travels. Among those are a fire extinguisher (natch), the Monkey King’s staff, a black skeleton torso and – best of all – a pearl dark grey version of the Viking helmet introduced in 2020’s 71027 Series 20 Collectible Minifigures.

It’s a piece we’ve already singled out as a highlight of the Marvel model, not least because it should really have been included in this summer’s 31132 Viking Ship and the Midgard Serpent. When 76218 Sanctum Sanctorum initially landed on shelves at the beginning of August, though, it didn’t seem like there would be too many specific chances for it to appear in another set any time soon.

That all changed earlier this week, when the LEGO Group announced that BrickHammer’s Viking Village had taken pole position in its recent poll to give a rejected LEGO Ideas 10K project a second chance. The Norse model will now enter production to presumably arrive on shelves in 2023 or 2024 – based on the timelines of previous Ideas sets from announcement to release – and there’s a good chance it might include the Sanctum’s unique Viking helmet.

After all, there’s really no better opportunity on the horizon for the LEGO Group to reuse that piece (and maybe even add printing). It’s also the most historically-accurate LEGO Viking helmet to date, matching the realistic aesthetic of BrickHammer’s build – this is a set that should definitely leave the horned helmets of the original LEGO Vikings sets and 31132 Viking Ship and the Midgard Serpent at the door.

If you’d like to equip your budding LEGO Vikings army with the pearl dark grey helmet before then, 76218 Sanctum Sanctorum is available now (and currently on sale at Zavvi for just £164.99 in the UK). Check out our full review of the set by clicking here.