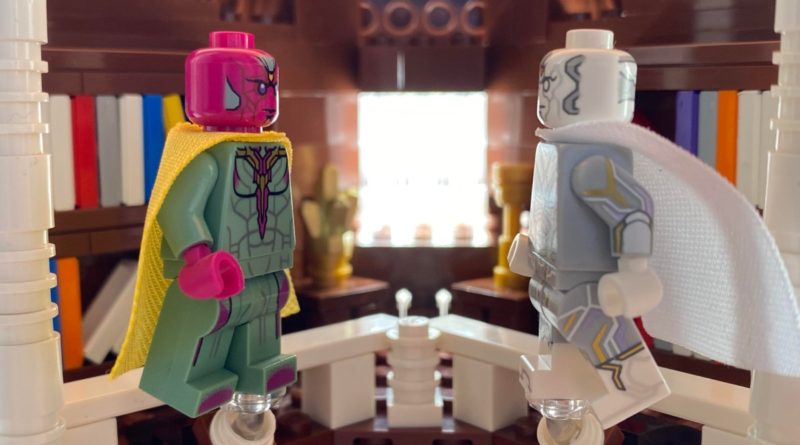 Pairing up White Vision from LEGO 71031 Marvel Studios with an older version of himself allows you to recreate a philosophical standoff.

The range of LEGO Marvel Collectible Minifigures has recreated specific versions of various MCU characters from the most recent television series. In particular, White Vision made a brief but memorable appearance in WandaVision, coming face to face with his more colourful counterpart.

reddit user Blubbs75 has recreated that scene from LEGO bricks, pairing Vision – Yellow Spot on Forehead with White Vision and building an entire library around them, just like in the show. They titled their MOC ‘Neither are the true ship. Both are the true ship’, referencing the existential conversation the two synthezoids.

The compact model centres around the two minifigures, suspended by transparent elements to mimic their flight in WandaVision. The build looks very close to the original scene, down to the array of books and other ornaments included in the background.

Learn more about Vision and his washed-out minifigure in our deep dive on the character, or find out more about the thinking behind his design right from the horse’s mouth.