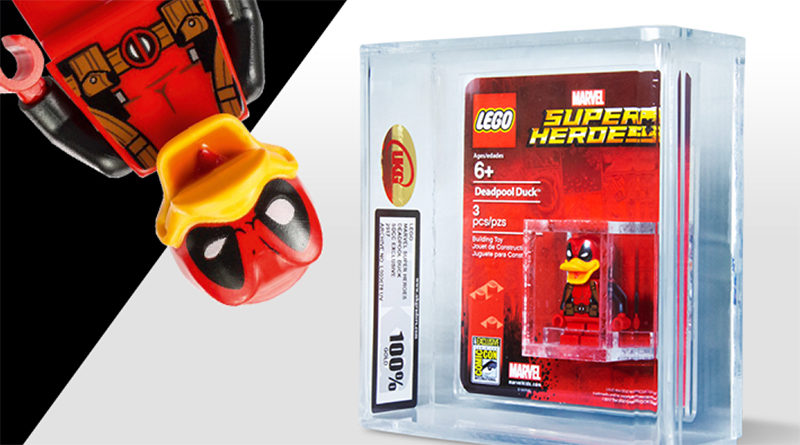 Fans have the chance to own the rare San Diego Comic COn 2017 exclusive LEGO Marvel Super Heroes Deadpool Duck minifigure, with a prize draw open to VIPs with points to spend.

LEGO.com’s VIP Reward Centre has opened up a new sweepstakes, with the extremely rare LEGO Marvel Super Heroes Deadpool Duck minifigure as a grand prize. Entries to the draw cost 50 points each, the maximum number of entries to the draw is 15 per person and it closes on June 21.

The minifigure was available to a very small number of people only at San Diego Comic Con in 2017. As with other single minifigures produced for the event, Deadpool Duck comes on a blister card, with the reward version seemingly coming in a special outer casing.

Yesterday the saw the release of three new LEGO Marvel sets – 76152 Avengers Wrath of Loki, 76153 Avengers Helicarrier and 76151 Venomosaurus Ambush. Anyone spending £85 or more at LEGO.com will get a free 40409 Hot Rod set.