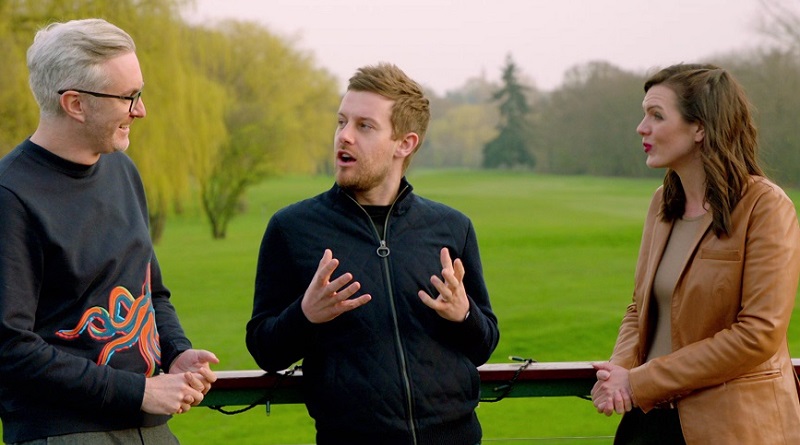 As LEGO MASTERS continues, the teams try to stand in the way of a hole-in-one by producing crazy golf holes built from bricks

Tonight’s episode of LEGO MASTERS saw the build teams produce the most impressive models yet this series, building a crazy golf course after some unplanned animal modelling. Chris Ramsey joined host Melvin Odoom to test out the holes, with regular judges Matthew Ashton and Fran Scott tasked with picking out the best of the bunch.

It was an odd unplanned challenge this week, with each builder individually tasked with constructing an animal. Six builders had to put together a land animal, then the other six had to construct a sea animal. Each team then had to combine the two builds to concoct a hybrid animal.

In terms of showing what the teams could do, this was a mixed bag – some of the individual animals were quite successful, such as Kato’s, while others were less so. Having to combine them though meant that some of the quality finished models had to be pretty much destroyed in order to complete the mash-up. That said, Chris and Joseph managed to pull something together that was full of character.

The crazy golf challenge is exactly what LEGO MASTERS does best. With one million bricks available to use, it makes no sense to always build the small, intricate builds that hobbyists do at home. To then choose a topic that is such fun – and again, unachievable in the home – makes for entertaining television.

Seeing the teams sweat over their builds, with some closely competing on similar themes, others figuring out creative ways to make a crazy golf hole really challenging, was fascinating. What worked best though was when the contestants had to put their models in place, before Melvin and Chris tried out each hole for real.

Chris and Joseph’s pirate themed hole was spectacular, looking like a crazy golf hole that just happened to be constructed from LEGO bricks. On the same subject matter, Paul and Lewis produced something completely different that was also a resounding success. While Izzy and Stuart’s build was less conventional, it was great to see something original applied to a crazy golf hole.

It was a real shame to see Catherine and Patrick leave the process as they seemed to be enjoying it so very much. At this point in the competition, the advantages that older builders have, in terms of envisioning the finished build and executing their plan is clear, with Harry and Ollie squeaking through to next week’s episode.