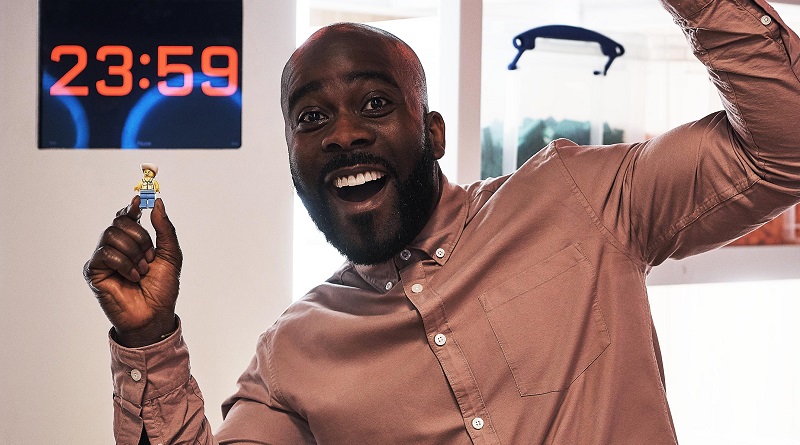 Did the LEGO MASTERS judges get it right? Did they get it wrong? The Brick Fanatics expert panel gives their verdict on who should have been eliminated and who had the best start

LEGO MASTERS returned with two unique challenges for the eight build teams. In an unplanned challenge, the pairs of builders had to construct stable LEGO bridges, that could then withstand Melvin’s monster truck. For the planned challenge, the ultimate collaborative build saw each duo construct a floor to a skyscraper, which were then stacked for the most imaginative tower possible.

Spoilers are ahead – if you have not seen LEGO MASTERS Series 2 Episode 1, come back once you have.

Now that Matthew and Fran have had their say, the Brick Fanatics panel has assembled to share their thoughts on whether Adam and Odette really should have been sent home, and how the rest of the build teams started off.

It is nice to see more groups with kids of varying ages this year. Once again, the youngest team of Harry and Ollie starts out strong with some interesting designs, particularly with their high rise floor. There were some interesting techniques, and a ton of creativity throughout.

The first of the challenges, the bridge, seemed like a rather ambitious one to start with. Especially considering the contestants were not told from the outset about their build needing to support a heavy RC car. I get that it adds drama to the show, but it also dramatically changes the brief halfway through a build with an already incredibly short time limit. That said, I was surprised as many of the bridges were as successful as they were. This is especially true of father and son team Paul and Lewis and their traditional stacked brick approach. Despite facing catastrophe, I was impressed with Adam and Odette’s unorthodox design. Making a return from last year is Matthew’s rather harsh criticisms of some of the builds. Chris and Joseph built a very successful bridge based on the brief, but were chastised for making it “too literal”.

The standards for the various teams also seemed to differ for the judges. For the apartment build, two teams built rather static party themes, with Chris and Joseph being reprimanded for not making it fun enough, while Patrick and Catherine were praised for their DJ dance party. Kato and Jayden, as well as Izzy and Stuart, were standouts in this second event with their respective amusement park and spy training themes. Both were interesting and very well executed.

It was rather clear based on Matthew’s reactions that Adam and Odette would be the first casualties of the series. Again this year, it is too bad the series is so short, and that there aren’t a few early rounds without eliminations. It would be interesting to see what the husband and wife team would do with a few more tries. Honestly, I don’t think they were given enough credit for their second build, as they were one of the few teams to make functional use of the outside of their floor.

Ultimately we’re left with some very strong front runners, with things being up in the air with the rest. It will be interesting to see what the next episode has in store. 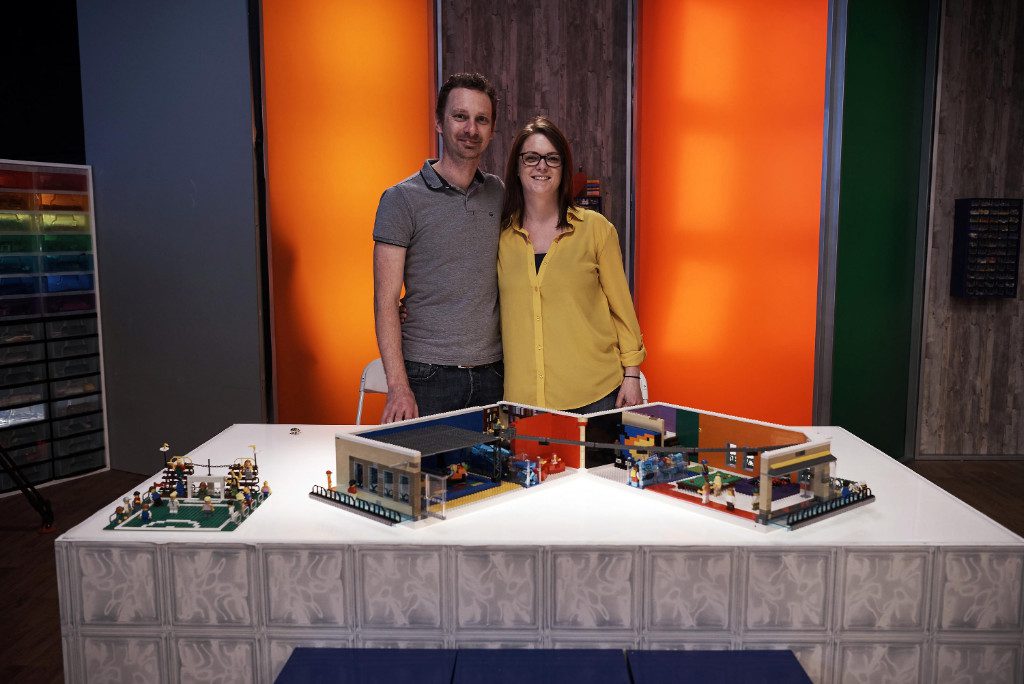 After the first series, I was not sure if they would change up how the teams were made up, but clearly the wide age ranges and partnerships worked well with television audiences. This was always something that I felt surely made it difficult for the judges to be completely authentic and neutral to all contestants, but that said, eventually the best will be the ones remaining.

It’s interesting to see the different approaches the builders used to construct their bridges, with Chris and Joseph and Izzy and Stuart pulling off the more realistic suspension bridges compared to the more brightly-coloured fairytale bridge by Paul and Lewis or obstacle course by Patrick and Catherine. It iseasy to criticise the builds harshly at this stage, but under the pressure of a three-hour time frame this can only show one side to the LEGO builders.

Luckily the skyscraper challenge was much more interesting as it allowed the teams to use their creative flair to really go to town on a pre-planned model, with the most surprising one to me being the rainbow nursery by Ollie and Harry. They may be the youngest team, and will no doubt win over viewers with their personalities, but I actually found their floor to be one of my favourites in this round. Kato and Jayden also built a very cool funfair-themed floor packed with details, whilst Nathan and Tom’s space-based one felt like the most AFOL-style MOC so far.

I started to work out that Adam and Odette would be the first to go, given the comments from the judges, but also from the fact that we saw their ‘outside life’ video, which almost made it too obvious. I did think their room was quite inventive with elements on the outside of the walls and if they had more opportunity, I would be surprised if they truly were the weakest team of the eight.

I look forward to getting to know the teams and their ideas more as the show progesses to the next round.

This series is off to an excellent start with a strong opening pair of challenges. Pairing a highly technical build that was all about function, with a creativity based one that was all about form made for a great opening act that let us quickly get a sense of the strengths, and weaknesses, of the various teams.

As one who has done several versions of the bridge challenge himself, I can vouch for the fact that it favours a particular type of builder –one who is familiar with Technic. The teams made up primarily of younger children who have only known System sets were sure to struggle. It cannot be denied though that crashing bridges and the tension of watching them bend under the load makes for great television.

In light of the difficulties half the teams faced in the first challenge, I was delighted to hear that the second would be all about creativity and imagination. It was obvious that the footprint and basic dimensions of each floor were pre-determined and provided to the teams, freeing them to focus entirely on making their floors as creative as possible. This was great in that it allowed those for whom the first challenge’s more technical nature was not their forte to showcase their abilities a bit more. The child-based teams especially were aided in this.

Speaking of children, that leads me to my continued skepticism about LEGO MASTERS. Last year I remember being shocked that children are competing against seasoned AFOLs. Inevitably, the most seasoned AFOLs went on to win. This year the teams seem more balanced thanks to most having at least one child on them and those older pairs not being made up of experienced AFOLs. The most well executed models in both challenges belonged to Nathan and Tom. They are the clear team to beat and I will be shocked if they don’t win, which makes the whole thing feel a bit anticlimactic. I would love to see a season that pitted balanced teams against each other. Still, this aspect is better than last year.

I am in complete agreement with the decision to eliminate Adam and Odette, but not on the basis of their building. I get that each team has to have a schtick, and theirs was a brick-based romance, but good golly it was so over the top and, as the judges pointed out, the only defining thing about them.

With next week, the teams will face the “drop test” and have to build a scene from history. Episode 2 will air on November 13 at 8.00pm on Channel 4.