After leaving the Build Room after the second episode, building buddies Nathan and Tom speak to brick Fanatics about the competition

Despite succeeding in making their mechanism work in their prehistoric build, Nathan and Tom were on thin ice and their LEGO MASTERS dreams shattered along with their Drop Test build. An impressive showing in the first episode saw them build an incredible space station skyscraper floor, but that was not enough to save them from elimination.

Brick Fanatics catches up with Nathan and Tom to ask about their time on LEGO MASTERS.

When you turned up on the LEGO MASTERS set at the build room, for the first time, how did it feel?

Nathan: Unbelievable. I had watched the previous series so many times, and to see it and be in it was crazy. I almost crushed Tom with excitement. It never felt real until we went inside and I will never forget it. I couldn’t believe I had only been building for a short time and I was on LEGO MASTERS with Matthew, Fran and Melvin judging our builds.

Tom: When I found out that I made it on the show, it didn’t seem real, therefore it didn’t sink in… but when I entered that room… that is a moment I will never forget. To see the judges standing there with all of those parts sorted around them with some of our audition builds on the shelves, it was sensational.

N: It has to be our lack of time building together. Tom is clearly the better builder and could have done all the tasks alone with his arms behind his back, but I’m a slow builder so figuring out each other’s strengths and weaknesses in such a short space of time was tricky. Planning was equally challenging – we could have done with more time to plan and be solid on our concepts, but a lot of it was last minute whilst we were there.

T: I would agree that the most challenging thing was that Nathan and I had never built together before. So not only did we have a major time limit to build a model of something that we were only able to plan over the phone, but we were having to figure out each other’s build patterns and knowledge of the combinations of the LEGO bricks. But thankfully we got through it, and I couldn’t have asked for a better partner in crime in the build room. 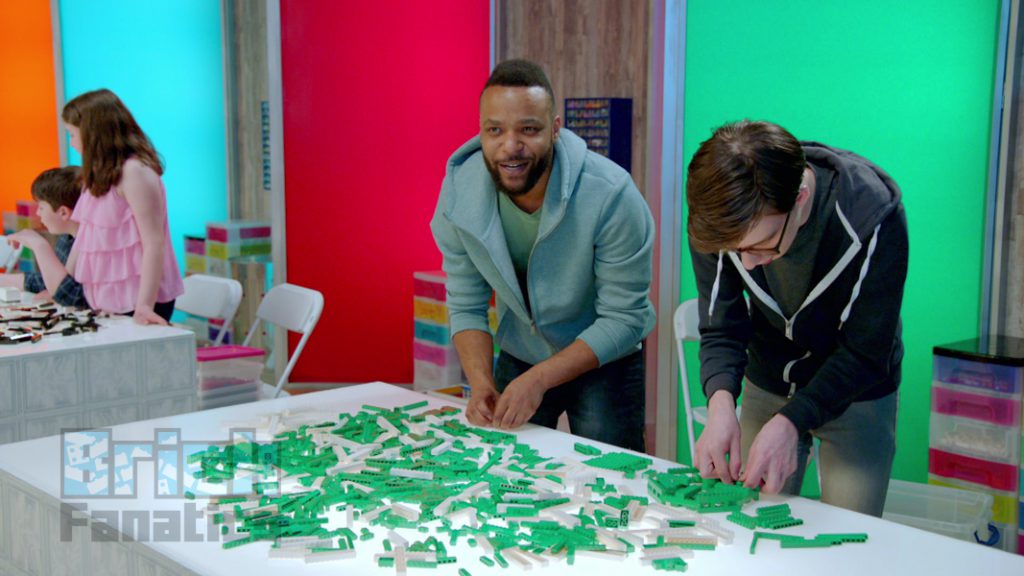 T: For me personally, the drop challenge was the most difficult because we had to design something that was fragile. I found it difficult because throughout all my years of building, I’ve always tried to make my models as strong as possible. For a challenge to come along and ask be to do something completely different from the norm, it was hard, but we did it.

N: For me it was the ice age challenge as it was hard to find that initial spark to get us going while we were planning just days before. Once we had an idea, putting it into practice during the challenge became impossible, which led to the build suffering overall .

Which build that you completed were you the proudest of?

T: I know that Nathan will agree, the best build that we did was the space station for the skyscraper challenge. We are huge sci-fi fans and for us to be able to build a huge space station was amazing. I love how we made it look visually pleasing but also included loads of functions and details, whether that be the light up functions, the huge alien taking over the base, the large opening hanger doors or the working drinks machine in the break room. It was just a great build, and considering it was the second build that we ever did together, I think it went well.

N: Even though it wasn’t finished to our usual standards, considering it was our first real build together, I was very proud. Tom had made a great vending machine and sliding doors at each end of the floor looked really good. The details inside that we did with the minifigures was quite nice. That idea came to us immediately which made the actual planning easy. It was also great to see how ours looked against the other builds.

T: I actually don’t remember a lot, only because of the speed that we had to build at, the time limit and us trying to figure out our build patterns. Being on the show never really sunk in because it all happened so quickly, and I just couldn’t believe I was there. I do remember that Nathan and I did like to sing out some banging tunes during the builds to keep our spirits up if we ever felt the time pressure.

N: Yes, Tom and I singing throughout the challenges – and jumping up and down on our build to make the plates flat. Playing games with the other contestants while waiting for others to be judged, then Adam’s Forest Gump impression killed on a very rainy day. Anything by Patrick and Catherine, trying to embarrass James [from LEGO MASTERS Series 1] in the LEGO store… it goes on and on. 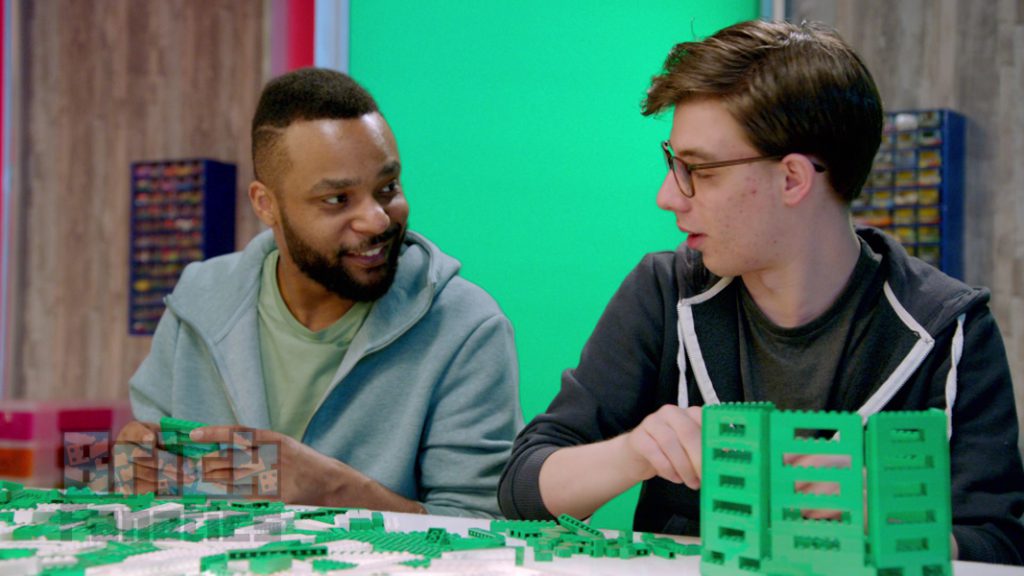 T: The drop challenge was pretty challenging but the first build that we had to do was build a two metre long bridge that had to hold up a lot of weight, and what was even trickier was that was our first ever build together.

N: I remember we needed a spaceship for the landing pad in the garden section of the skyscraper challenge with ten minutes left, so Tom just grabbed some pieces and had made a great classic looking spaceship right before the end.

N: Getting to know Tom was the best part full stop. Not only as a friend and a fellow builder but as a member of my family, as with all the other contestants. It is corny to say it’s the taking part that counts, but in this case it actually was. I grew up in care from the age of two and the only family I had known was the one I had made with my fiancé Claire and my son. But now our family has grown massively and that is thanks to the LEGO MASTERS family. Everyone there loved the brick or was there to support a brick lover. We enjoyed going out with them to the LEGO Store or out to eat. We still speak every day on our group chat. The crew were fantastic, always welcoming and some of the most friendly, funny and genuinely caring people I’ve met.

T: Yes, the absolute best part of the show was not the LEGO side but the people side. I met some unbelievable people, whether that be the contestants, the judges or the crew on set, everybody was just so nice. And as I’m from a small town in Cornwall, I’d never met another LEGO fan who was as passionate as I was but thanks to the show, I have met some amazing LEGO fans and I still talk to all of them. We’re family.

N: I learnt that I have a long way before I get to the master level like Tom, but that I’m on the right track. If we were to turn back the clock and Tom and I knew each other like we do now, we would have really gave the other contestants a run for their bricks. I learnt I can build with someone I have never met before without us both stripping to the waist and fighting to the death. I also learnt that LEGO people are the nicest people you can find and that whoever you are, no matter what level you’re at, they are always ready to welcome you in.

T: I find it hard to describe what I learnt from the show or what I took away from it, other than the amazing people that I met. I realised while I was on the show that it was okay to be a LEGO fan at the age of 19, because it’s not normally socially accepted to be that age and love a toy that is basically designed for children. I used to be embarrassed to tell people what my passion was, now the whole of the UK will know that I, Tom Gerardin, am an adult fan of Lego – who one day will be a LEGO designer!