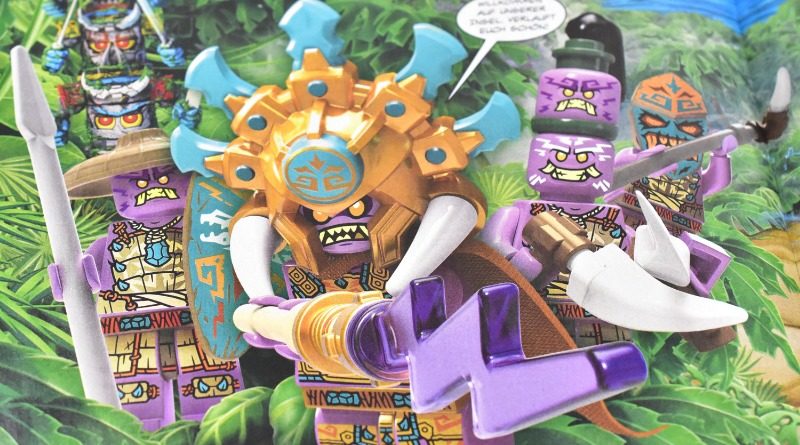 The latest issue of the LEGO NINJAGO magazine has provided another glimpse at the Island-themed sets arriving in March.

Promobricks has published images of the German edition of Issue 71 of the LEGO NINJAGO magazine, which runs a few weeks ahead of the UK equivalent. And the spreads inside introduce three of the new Island-themed models arriving in March, along with the new villains, who are clearly after some kind of amulet. (Our German isn’t that bad.)

We’ve already seen a first peek at these sets – which are more than a little reminiscent of the classic Pirates subtheme Islanders – in the New Zealand consumer catalogue. But the magazine images give us a closer look at the colourful minifigures that will populate the models, including the island variants of the six ninja heroes.

Here’s all four LEGO NINJAGO sets due to launch in March 2021:

If you’re after a more immediate NINJAGO fix, nine new Legacy-themed sets have just launched at LEGO.com. A 5,685-piece addition to the NINJAGO City modular building line-up is also on the way, with 71741 NINJAGO City Gardens slated to arrive in February. We’ve already picked out 10 of the best references and Easter eggs included in the enormous new set.