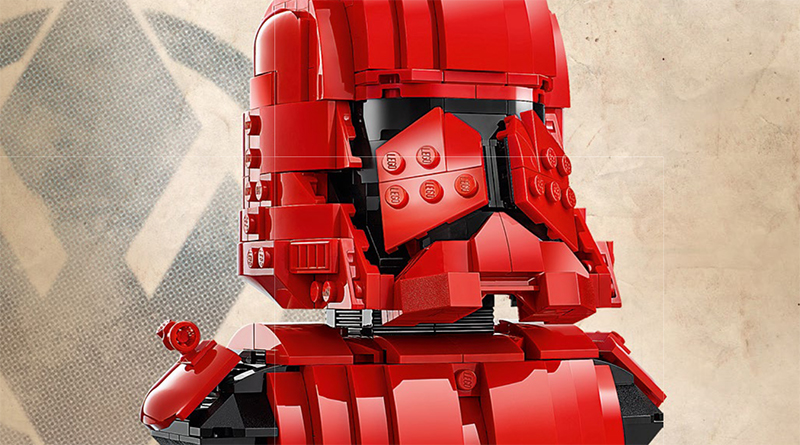 Instructions for the San Diego Comic-Con 2019 exclusive LEGO Star Wars 77901 Sith Trooper Bust have been published by the LEGO Group.

The many LEGO fans who were not at San Diego Comic-Con 2019 can now build the exclusive LEGO Star Wars set that was available only at the event held earlier this month, as the official instructions have now been published, Rebelscum reports. 77901 Sith Trooper Bust does not use any unique elements in its 484 piece part count, so can be built using parts that fans will already have or can source loose. 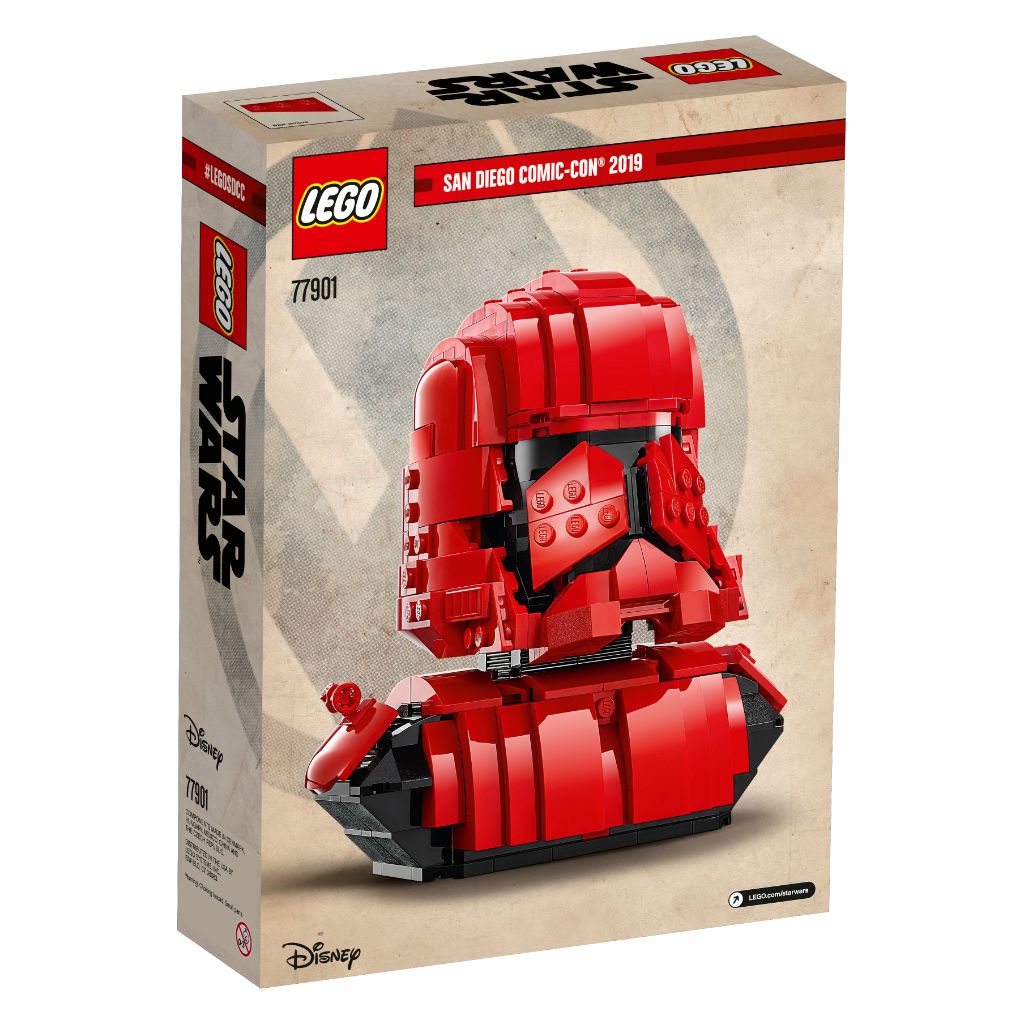 The striking red armoured character will be introduced in the franchise’s next film – that will conclude the Skywalker saga – for the first time. At the event, the exclusive was priced at $45. More sets based on Star Wars: The Rise of Skywalker will be released on Triple Force Friday, a merchnadising extravaganza that will take place on October 4. Around eight new sets are expected.

Official instructions have also been uploaded for 77902 Captain Marvel and the Asis and 77903 The Dark Knight of Gotham City (scans had already been shared for this set).