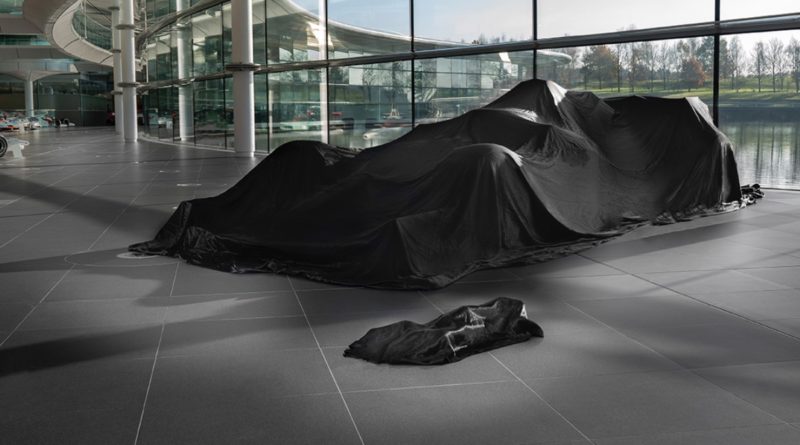 The LEGO Group has teased the imminent reveal of a brand new Technic McLaren F1 car, which is rumoured to be launching next month.

Update: This set has now been officially revealed. Take a first look at it here, and find more images here.

Word of a new Technic Formula 1 car first emerged back in December, with initial reports pointing to a piece count of 1,432 and price tag of $180 in the US. We’ve heard little on the set since then, but the LEGO Group has now confirmed it’s coming through a teaser on its social media accounts.

It doesn’t give us much to go on at this stage – like which version of McLaren’s Formula 1 car we’re looking at – but at least tells us that those initial rumours were true, at least in part. The price and piece count of the set are yet to be revealed, but will presumably be confirmed in the next few days.

A new generation of Formula 1 cars will hit the track in 2022, following an overhaul of the sport’s technical regulations and the introduction of a budget cap for all 10 teams. If the LEGO Group was able to develop its new set in tandem with McLaren’s real-world production of the MCL36, we could be looking at a Technic version of the car below.

Given it’s an entirely new car for McLaren, however – and bearing in mind the LEGO Group’s long lead times – there’s no guarantee that kind of synergy will have been possible. McLaren’s operations director Piers Thynne has already said that the team wants to be ‘as late as possible’ with production on the MCL36.

We’ll find out for sure very soon, as the LEGO Group’s tweet states that its McLaren F1 model is ‘under wraps… but not for much longer’. The timing of this reveal – and the already stacked release calendar – indicates the car will likely launch in March as rumoured, alongside four other already-confirmed Technic sets.

Support the work that Brick Fanatics does by purchasing your LEGO Technic sets using our affiliate links. Thank you!