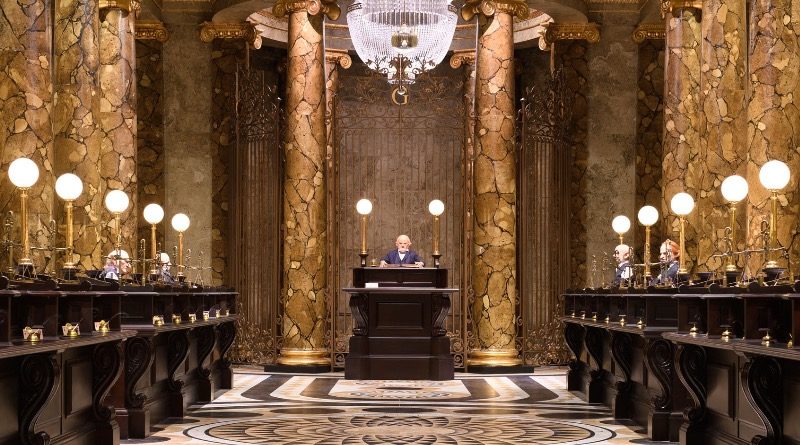 The rumoured LEGO Harry Potter wizard chess set will apparently fill a cheaper price point than first expected – so is a new version of Gringotts back on the table for 2021?

The wizarding bank was notably absent from last year’s 75978 Diagon Alley, which instead chose to recreate such bastions of Potter lore as Scribbulus Writing Implements and, erm, the Daily Prophet office.

But as more rumours began to emerge over the past couple of weeks, each and every one of those price points was rapidly claimed – whether by a 20th anniversary Hogwarts Castle, a huge wizard chess set, or even buildable Harry and Hermione figures. As of last week, the only open slots left were 76394 and 76395 at $29.99 and $39.99 respectively.

Neither of those seemed high enough to properly do Gringotts’ ground level justice, let alone include its underground vaults or Ukrainian Ironbelly dragon. However, it now transpires that one of those earlier rumours may have been incorrect – potentially freeing up this year’s most expensive LEGO Harry Potter set for… well, who knows. But why couldn’t it be Gringotts?

After all, there aren’t many iconic locations that haven’t already been covered in the renewed Wizarding World theme – or at least none that would require such a premium price tag. While there’s really nothing to say one way or the other at the moment, we’re very much hoping 76391 materialises as the biggest and best version of Gringotts bank to date. 75978 Diagon Alley deserves it.

While you wait to see whether anything comes of our wild speculation, you can prepare yourself for any potential Gringotts set (and support Brick Fanatics in the process) by picking up 75978 Diagon Alley – and any other LEGO Harry Potter products – using our affiliate links. Thank you!