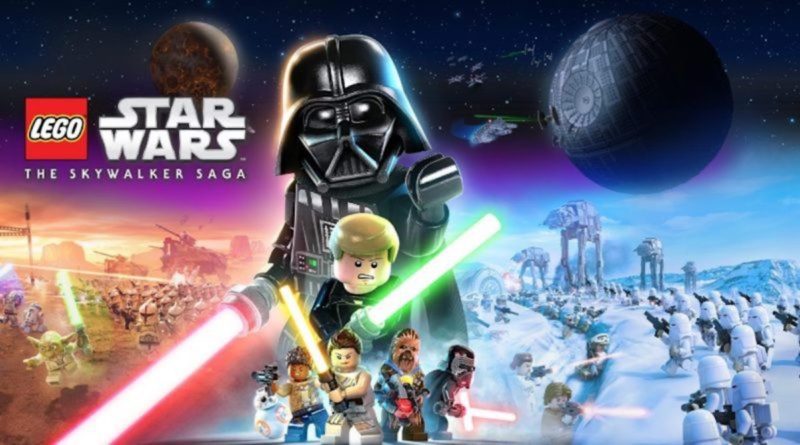 With new reveals planned for LEGO Star Wars: The Skywalker Saga at this year’s D23 Expo next month, here’s the content we want to see.

An announcement last week confirmed that some exciting reveals will be happening at the forthcoming D23 Expo’s Disney & Marvel Games Showcase. The panel is due to take place on September 9 and will be available to watch as a livestream from the show at 6 pm BST/1 pm PT/4 pm ET.

This will of course be of huge interest to fans of LEGO Star Wars: The Skywalker Saga, especially considering that the game was released back in April and all of its various DLC packs and any extra characters have already dropped. Aside from a few sporadic patch updates for the title that have addressed some of the game’s many glitches, the announcement of ‘new reveals’ for the title gives us hope for potential additional content. With that in mind, here’s what we want to see next from TT Games’ biggest LEGO title to date:

In addition, we’re keeping our lightsabers crossed for TT Games to add in playable levels from other Star Wars films and TV shows such as Rogue One, Solo, The Mandalorian, The Book of Boba Fett and The Bad Batch to complement existing DLC character packs.

With a whole universe of potential characters to choose from, there are numerous familiar faces we want to see added to LEGO Star Wars: The Skywalker Saga. These could include character packs for Star Wars: Andor, Obi-Wan Kenobi, The Clone Wars, Rebels, the short-lived Resistance and even the LEGO Star Wars Summer Vacation special.

Likewise, it would be great to see the former digital pre-order exclusive Classic Obi-Wan Kenobi character being added for free to round out the full playable roster. Heck, why not throw in versions of the new festive minifigures from the upcoming 75340 LEGO Star Wars Advent Calendar too?

We’ve previously reported on LEGO Star Wars: The Skywalker Saga’s numerous glitches, bugs and downright bizarre behaviour. Although a handful of minor software patch updates for the title have been released by TT Games since its launch, there are still some annoying errors that niggle players.

However, an update this week did in fact manage to address a number of longstanding issues with the game. These included removing small yellow dots which were still showing above unlocked items (even after they’ve been obtained), making Rey’s yellow lightsaber the same size as every other lightsaber in the game and other lingering glitches.

This feature was initially reported (via Twitter) to be included in LEGO Star Wars: The Skywalker Saga in the early days of the title’s development. Although character customisation was available as an option in a number of previous TT Games’ LEGO titles, it was noticeably absent from this release.

Here’s the perfect opportunity for TT Games to complete LEGO Star Wars: The Skywalker Saga’s full list of features and give fans the ability to create their very own unique custom characters.

Another feature long-requested by fans has been an online co-player mode, although this is probably unlikely to be added to LEGO Star Wars: The Skywalker Saga at this stage. Some existing TT Games titles have included this option and a previous report did suggest that it was in the works for the title too.

However, LEGO Star Wars: The Skywalker Saga does still offer couch co-op as standard, allowing players to team up and work together to complete the game’s many levels, quests and challenges.

For now, we suggest you manage your expectations for any potential future LEGO Star Wars: The Skywalker Saga content accordingly and we’ll be providing follow-up stories once the Disney & Marvel Games Showcase has taken place.

D23 Expo will be taking place from September 8 to 11, with panels and content scheduled around a number of upcoming Disney, Pixar and Marvel projects.

2 thoughts on “New content we want for LEGO Star Wars: The Skywalker Saga”