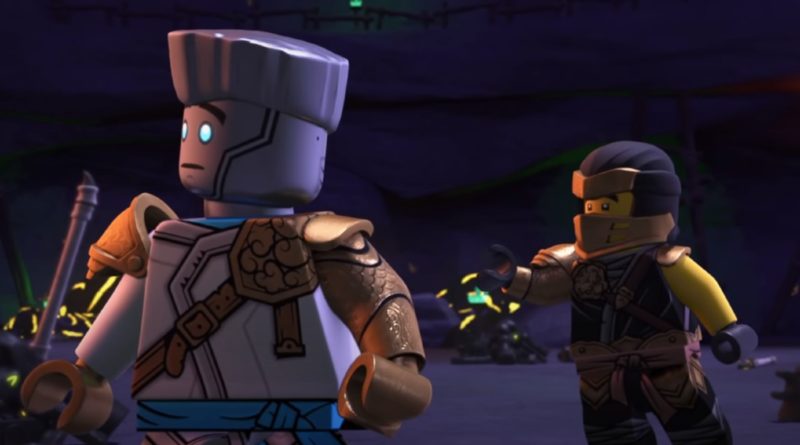 The latest NINJAGO Core short has been released, taking the team back to the mountains of Shintaro and joking about the grip of LEGO bricks.

The LEGO Group has released the next NINJAGO Core short in the limited series exploring the virtues of Spinjitzu by taking the ninja on a trip through their recent history.

Generosity is the subject of the video and brings back the enemy faction from Master of the Mountain, who has been revealed to be named The Reawakened. Much of the short plays out similar to previous instalments, with a tongue-in-cheek reference to the bricks that the team are made out of towards the end.

When the Geckles struggle with their broken catapult, thanks to a lack of levers after a recent festival, the solution is discovered to be right under Zane’s nose and on his left shoulder. The missing lever’s grip matches the shape of a minifigure hand, leaving Zane with no choice but to remove his arm.

LEGO NINJAGO does not often the brick-built inspiration of the characters but with Zane being a Nindroid, this likely provided the team with a chance to experiment with the series.

No need to worry about Zane though as these shorts are just for fun and won’t have a major effect on the series, meaning Zane is unlikely to be permanently unarmed, partially thanks to his robotic nature. This is the fourth episode of the NINJAGO Core shorts.