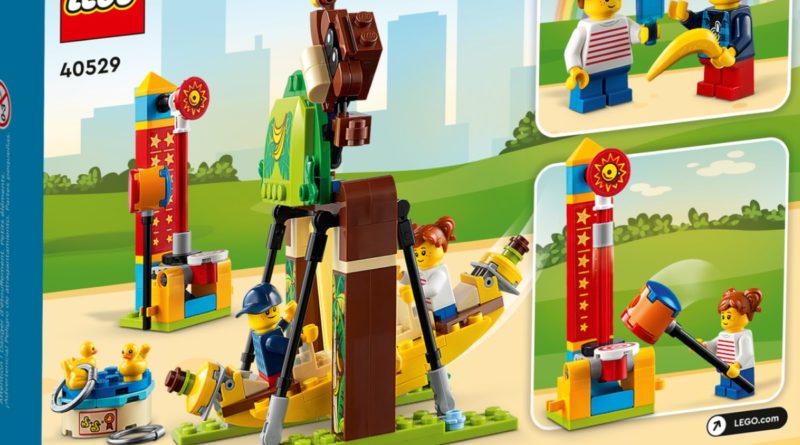 More images for LEGO 40529 Children’s Amusement Park have surfaced as the upcoming gift-with-purchase appears on the online store.

The Australian version of LEGO.com has now listed 40529 Children’s Amusement Park following official confirmation of when it will be available and what the spend threshold will be.

The LEGO Group has now confirmed that 40529 Children’s Amusement Park is available from today, April 15, until April 30 in Mexico, Korea, Taiwan, Japan and Hong Kong with China getting it shortly after on May 1. It’s then scheduled to arrive in the UK, the US and Europe on May 16 with orders over £90 / $90 / €90.

This new listing includes the first pictures of the packaging, which showcases the artwork that was used for the promotional image with the sides of the box being light blue. The usage of ‘Free item’ rather than a price is in accordance with the upcoming offer

With these pictures, we’ve seen nearly every angle of the GWP and it should provide a good idea of what to expect when it goes live next month unless you’re reading this in Mexico, Korea, Taiwan, Japan or Hong Kong.

While the subject matter of this set is familiar, it might be a sign that the rumoured roller coaster is on the way, though that has yet to be officially confirmed.