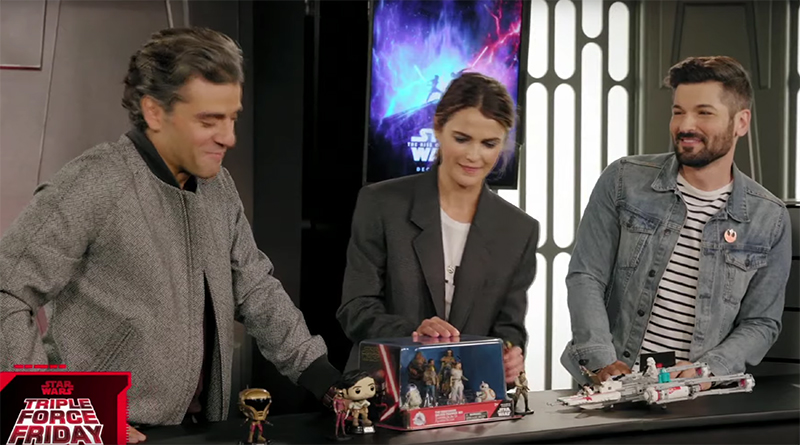 Star Wars: The Rise of Skywalker actors Oscar Isaac and Keri Russell have been presented with LEGO 75249 Resistance Y-wing Starfighter.

The cast of Star Wars: The Rise of Skywalker has been summoned to the Lucasfilm headquarters for some very rewarding work, as they react to product reveals in Thursday’s Triple Force Friday livestream. For Oscar Isaac and Keri Russell, it is a chance to see LEGO Star Wars 75249 Resistance Y-wing Starfighter in one of the day’s second livestream’s many pre-recorded segments. The pair react to the set, which contains minifigures of Poe Dameron and Zori Bliss, with encouragement from host Anthony Carboni.

While the official release date for the set is October 4, it has already started turning up in stores.

75250 Pasadana Speeder Chase, 75256 Kylo Ren’s Shuttle and 75232 Kylo Ren and Sith Trooper were all found at retail over a week ago and a YouTuber managed to snag the entire wave.