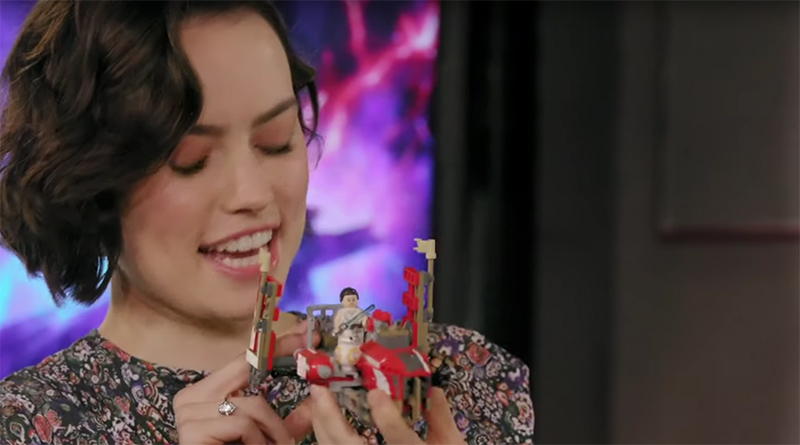 Over two weeks ago, LEGO Star Wars 75250 Pasadana Speeder Chase turned up at retail. It is not actually due for release until October 4, so the official Star Wars YouTube channel showed the set to Daisy Ridley, who plays Rey, as part of Thursday’s Triple Force Friday livestream in a pre-recorded clip.

“LEGOs are so square, I love seeing how I look in square form,” she says while examining the incomplete model, which includes an all-new updated Rey minifigure for the new film. Daisy’s Star Wars: The Rise of Skywalker cast mates took a look at 75257 Millennium Falcon in the same video.