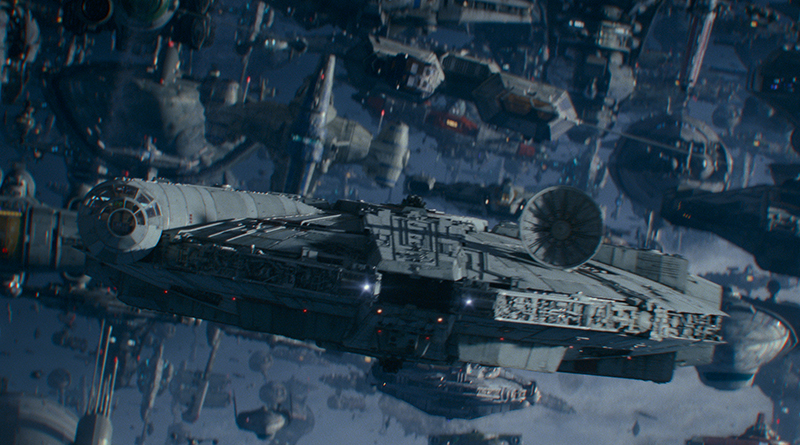 Now Star Wars: The Rise of Skywalker has arrived, Brick Fanatics is picking out the vehicles and locations that deserve to be LEGO sets

Star Wars: The Rise of Skywalker has finally arrived in cinemas, albeit to a decidedly mixed critical reception. No matter what you think of the film, though, it certainly fulfils its classic Star Wars duty of serving up plenty of potential merch. Some of that has already been recreated in LEGO form, or will hit shelves soon, but the bones of the Skywalker saga’s concluding chapter haven’t been picked clean just yet. Here’s what we’d like to see from the LEGO Group in the near future.

Spoilers for Star Wars: The Rise of Skywalker ahead

Okay, so nobody needs another LEGO X-wing fighter, ever, but you just know that the Billund design team’s eyes collectively lit up when Force ghost Luke lifted his T-65 from the depths of Ahch-To. After all, it’s a ready-made excuse to slap a new coat of paint on 75218, bundle in Rey and sell the same LEGO Star Wars set to us all over again. And, like the compliant collectors we are, we’ll all go out and buy it. Of course, it would be swell of the LEGO Group to sweeten the deal with our first ever Force ghost minifigure, but we stopped holding out hope for one of those a long time ago.

While we’re at it, it’s been a while since we had a B-wing. What gives?

A completely original vehicle design is a rarity for the sequel trilogy, so the LEGO Group shouldn’t pass up on the chance to bring us Ochee’s ship – especially when it had more screen time than the Quadjumper, Resistance Troop Transporter and First Order Snowspeeder combined. Plus, it would be a great excuse to package the entire sequel trilogy trio of protagonists into a single set, although the cynic in us says the LEGO Group would never make it so easy to get Rey, Finn and Poe in one go.

Hear us out here – yes, we’ve had plenty of Star Destroyer playsets over the years, most recently 75190 First Order Star Destroyer. And yes, Kylo Ren’s wouldn’t be much different from that; and yes, if we’re going to revisit that type of set, we’d be much better off with a Final Order Star Destroyer and its planet-destroying cannon (hey, it’s definitely not Starkiller Base II!). But what we’d really like to see is the internals of Kylo’s capital ship, perhaps in a location-based playset akin to 75180 Rathtar Escape. Throw in Finn, Poe, Chewie, Hux and a couple of Stormtroopers, and you’ve got a set that – like its Force Awakens forebear – would work perfectly for both play and display.

Rey and Kylo Ren’s climactic showdown may have been botched cinematically, but it doesn’t mean the LEGO Group has to botch its own recreation of the Death Star II duel. Give us a nice slice of the wreckage, the throne room, the Sith wayfinder, minifigures of Rey, Kylo Ren and – crucially – dark Rey, and you’ve got yourself a perfectly good location-based set. You could even throw in a skimmer if you really need some kind of vehicle in there.

A flat expanse with the galaxy’s spikiest throne doesn’t really lend itself to LEGO, but with a little creativity, it could work. And considering it’s where the entire saga reaches its (admittedly bizarre) conclusion, the LEGO Group would be remiss to ignore it. For builds, you could obviously have the throne, whatever contraption zombie Palpatine was hooked up to (it sort of just looked like a bunch of IV drips), and then maybe a section of the cave leading up to the room, with a tank of Snokes for good measure. Alternatively, you could elevate the entire thing and give the Emperor a small pit to throw Ben Solo down, for reasons we’re sure Chris Terrio will fill us in on later.

This would also be a good opportunity to include the two missing Knights of Ren, although for all the good they did we can’t say we’re too bothered about them anymore.