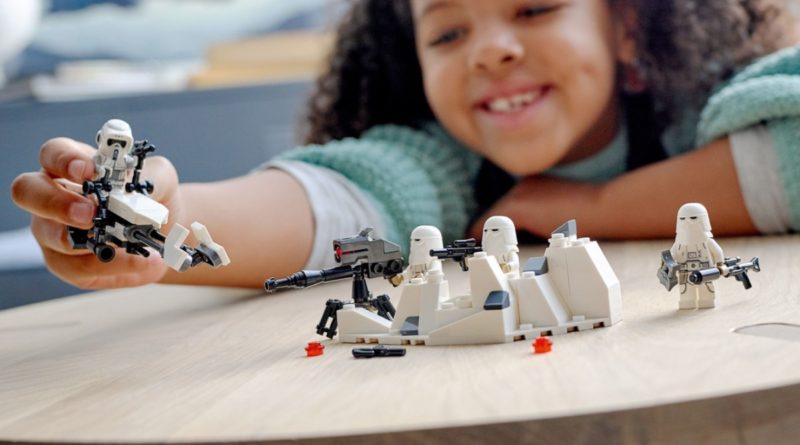 As one of the LEGO Group’s most popular themes, there are plenty of Star Wars sets to get stuck into with double VIP points, including these six.

It can be hard to imagine LEGO without Star Wars as the franchise has gone hand in hand with bricks for over 20 years. With that in mind, the latest double VIP points, which is currently live in the UK and Europe and upcoming in the US, is a great time to get your hands on any models you might have missed out on with recent releases.

Here are six LEGO Star Wars sets that you can buy, or pre-order, with double VIP points:

As the only one of five LEGO Star Wars sets that is still available, you won’t be seeing 75325 The Mandalorian’s N-1 Starfighter sent out until June 2022, but you can at least pre-order the build for double VIP points now.

Anyone aiming to build up their army of Snowtroopers likely knows about 75320 Snowtrooper Battle Pack, but a double points event might be the best time to grab multiple copies of the set to add more infantry to your collection.

Big LEGO sets can help you make the most of double VIP points on LEGO.com. We’ve already mentioned a few huge Star Wars models on another list, but 75290 Mos Eisley Cantina is one more with plenty of exclusive minifigures included to help set up a display for Tatooine, or maybe even The Book of Boba Fett.

Moving to a slightly smaller, but still massive, LEGO Star Wars set at the next spot on the list is 75308 R2-D2. Created for the 50th anniversary of Lucasfilm, and including a brick recognising that, the droid has been captured using 2,147 pieces. Rumours suggest that another brick-built droid is coming later this year, so now may be a good time to catch up.

This set was also included on our list of retiring models to buy during the double VIP points event, though is worth mentioning here as the 18+ scene recreation remains mostly unique, even with the reveal of a Jurassic Park build that might hint at more.

Double VIP points events can also be a good time to catch up on previously released models while stocking up on credit to save money on future purchases. One such set is 75314 The Bad Batch Attack Shuttle, including minifigures of the team, two speeder bikes and their shuttle.