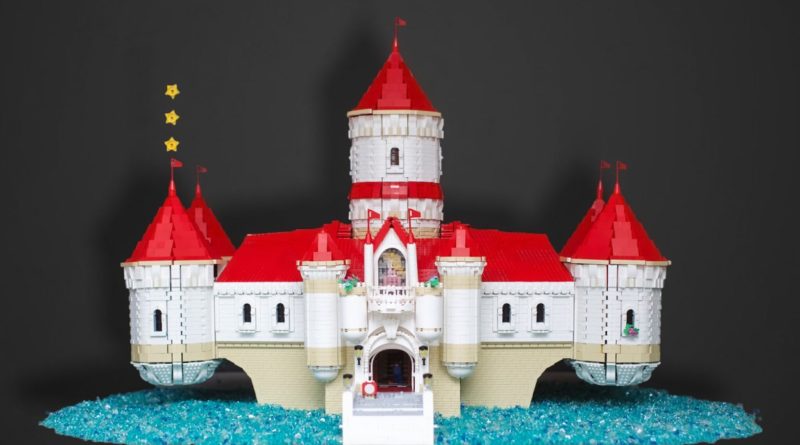 With a LEGO Super Mario model of Peach’s Castle rumoured, one Nintendo-lover couldn’t wait to see if it was real and has devised their own massive version.

A Eurobricks user has seemingly got a little impatient waiting for the LEGO Group to recreate Princess Peach’s iconic Mushroom Kingdom fortress and instead has pursued their own minifigure-scale model. The build, which is confirmed to be based on the castle as it appears in Super Mario Odyssey, features suspended towers above a loose moat of brick-built water.

Those who have played Super Mario Odyssey or Super Mario 64 will likely recognise more than a few details featured in the creation including Yoshi on the roof, a set of three stars to collect and a spare Super Mushroom sitting on the steps. Even the stained glass window of Princess Peach has been recreated, fulfilling a detail that we’d love to see in an official Peach’s Castle build.

Even minifigure (and mini-doll) versions of Mario and Princess Peach have been placed in a lobby that resembles the interior room as it appeared in Super Mario 64, complete with clouds painted on the walls and the checkered floor tiles.

Whilst we wait for any kind of confirmation or clarification on the LEGO Super Mario 71395 Peach’s Castle rumour, this fan-made model might just be enough to keep us occupied.

A new wave of LEGO Super Mario sets have just launched worldwide, introducing multiplayer and the lesser-known Mario brother Luigi as a playable character. Check out our in-depth review of the new 71387 Adventures with Luigi Starter Course for a tease on how the two figures interact.