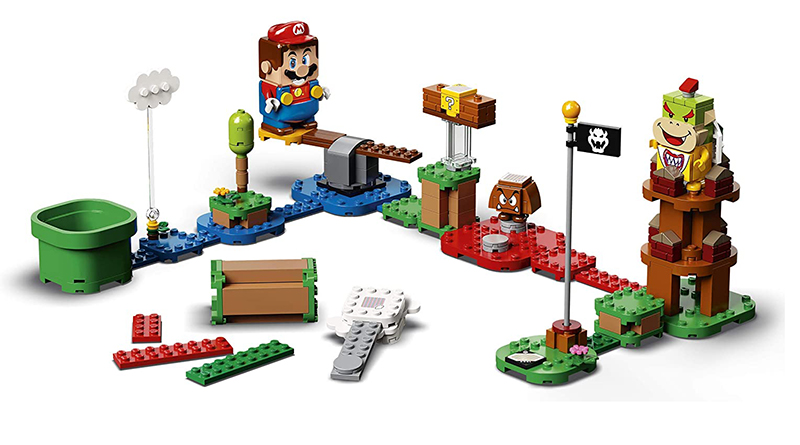 LEGO Lead Designer Jonathan Bennink has all but confirmed that more LEGO Nintendo sets than Super Mario are on the way.

In an interview with Powered Up Gaming, LEGO Super Mario Lead Designer Jonathan Bennink was asked about future Nintendo products and said: “All I can say at this point is to stay tuned!” It is the strongest hint yet that more sets based on Nintendo properties are on the way.

LEGO Super Mario 71360 Adventures with Mario Starter Course is available to order at LEGO.com. 71366 Piranha Plant Power Slide Expansion Set and 71369 Bowser’s Castle Boss Battle Expansion Set were also announced recently along with a tie-in app will also be released to complement the sets when they launch.

He also talked about how technology has been incorporated into the LEGO Super Mario ets, which will arrive on August 1. “During development, we tried many different display technologies. In the end, we selected the most appropriate technology type (LCD/TFT) and made a custom screen especially for LEGO Mario, as we needed it to fit exactly with the position of his eyes, mouth and belly screen which is the same size as a 1×2 LEGO plate.

“The sensor is developed especially for this line and reads both a selection of the LEGO colour palette as well as uniquely decorated LEGO tiles, called ‘action bricks’. These bricks feature a colour barcode, giving LEGO Mario a unique reaction to each brick.”