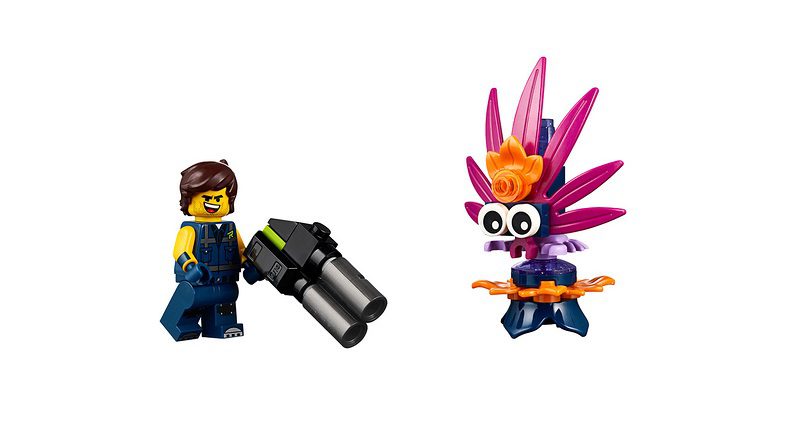 Yet another new polybag for The LEGO Movie 2: The Second Part theme has been revealed, with 30640 Rex’s Plantimal Ambush including a Rex Dangervest minifigure.

Many polybags have already been discovered for The LEGO Movie 2: The Second Part theme, and now the Brick Fan has shared official images of another one. New character Rex Dangervest appears in 30640 Rex’s Plantimal Ambush, with bricks and instructions to build a huge gun and a plantimal too. The massive weapon is appropriate for the heroic raptor-training, archaeologist space adventurer.

In the film, Chris Pratt voices Rex Dangervest as well as lead character Emmet. The recently revealed Collectible Minifigures series includes a unique version of Dangervest wearing a hat, and comes with a baby raptor.

The LEGO Movie 2: The Second Part sets are available now at shop.LEGO.com. A whole host of polybags have been turning up over the past few weeks. In addition to 30640 Rex’s Plantimal Ambush, fans can collect 30527 Lucy vs. Alien Invader, 30529 Mini Master-Building Emmet, 30340 Emmet’s Piece Offering, 30620 Star-Struck Emmet and 30528 Mini Master-Building Metalbeard.