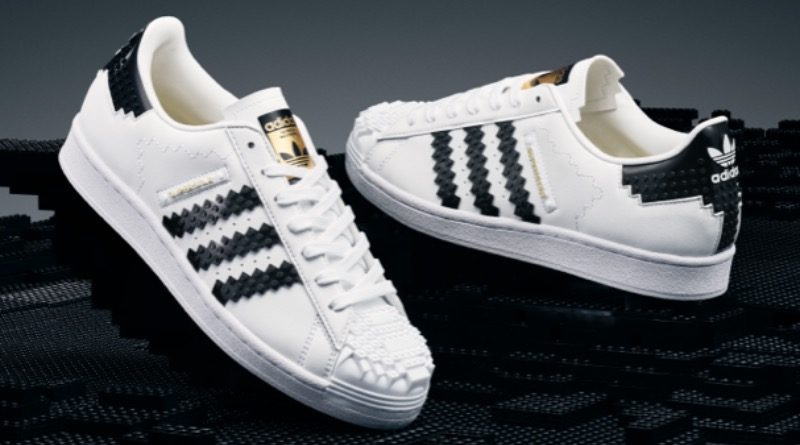 The LEGO Group and Adidas are launching a wearable Superstar sneaker alongside the newly-announced brick-built 10282 Adidas Originals Superstar.

Designed to marry the iconic Adidas Superstar aesthetic with the classic LEGO stud pattern, the sneakers are arguably the closest pairing yet between the two brands. Where previous LEGO x Adidas shoes have mostly been fairly subtle in recreating the LEGO brick shape (if not in colour), the Adidas Originals LEGO Superstar sneaker goes one step further in emulating the texture of the plastic pieces.

That’s most obvious towards the front of the shoe, where a blocky mass of studs sits atop the Superstar’s famous rubberised shell toe. But you can also see it in the serrated triple stripe that runs down the side of the classic white and black leather design, and even around the heel tab, which is also covered in those iconic studs.

You’ll be able to pick up variants of the shoe in both adults’ and kids’ sizes, with more options and colourways available for younger fans. Just like the brick-built model, the Adidas Originals LEGO Superstar sneaker will launch on July 1, through official LEGO and Adidas channels and select third-party retailers.

A single pair will set you back €140 in adult sizes, or between €55 and €75 in kids’ sizes. International pricing has not been provided at the time of writing, but based on previous LEGO x Adidas shoes, you can expect an adult pair to ring in around the £110 mark in the UK.