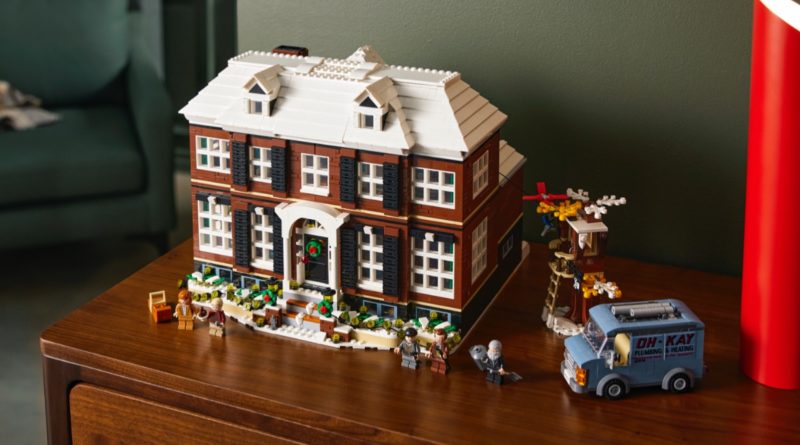 LEGO Marvel 76178 Daily Bugle has sold out again online, but two of 2021’s biggest and best LEGO sets are back in stock to replace it – with double VIP points.

Until February 28, you can score twice the usual number of VIP points (equivalent to 10% cashback in points to spend on future purchases) across everything at LEGO.com. And that includes 21330 Home Alone and 76391 Hogwarts Icons Collectors’ Edition, both of which have just come back in stock following brief periods of unavailability.

That may soften the blow of 76178 Daily Bugle selling out again – at least if your LEGO tastes extend beyond the superhero theme and into the Wizarding World or retro Xmas movies, anyway. But whether you’re looking for an excuse to stock up on VIP points or just have an extensive backlog of sets to work through, there’s plenty currently available online.

This is all in the UK and Europe, by the way, where the latest double VIP points promo will run for the remainder of the month. Stateside fans will have to wait until March 12 for their event, with the added benefit of most of the new March sets launching before then. (21330 Home Alone is available in the US at the moment, but no such luck for 76391 Hogwarts Icons Collectors’ Edition.)

Last year’s biggest Harry Potter set now slides straight back into Brick Fanatics’ Top 20 LEGO Sets List, while 76178 Daily Bugle must unfortunately leave it – at least for the time being. We’ll keep you posted on when that one’s back, but for now, make sure to seize the opportunity to pick up 76391 Hogwarts Icons Collectors’ Edition with double VIP points before it sells out again.