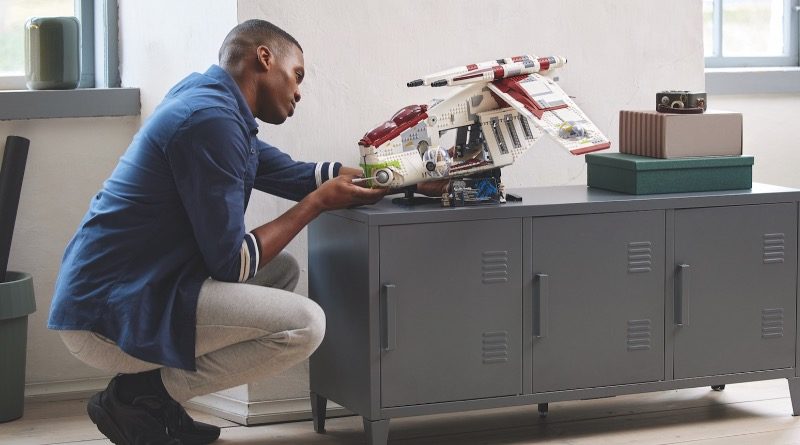 We’ve been waiting on the full reveal of the 3,292-piece set ever since the LEGO Group announced it had taken pole position in February 2020’s Ideas poll to find the next UCS set, and our patience has now finally paid off. The result is an absolutely enormous LEGO Star Wars set that’s smashing records left, right and centre.

If you’d prefer to learn about 75309 Republic Gunship by video, hit play on the clip below to see the set come to life on Brick Fanatics’ YouTube channel.

Once you’re done watching that one, click here to hear from the LEGO Star Wars team’s Jens Kronvold Frederiksen and Hans Burkhard Schlömer, who described the set as a ‘nightmare’ to design.

75309 Republic Gunship will land on shelves on August 1. For more insight into the development of the first UCS set chosen by fans, read how the designers decided which minifigures to include; why the forward cannons use the same pieces as the previous, much smaller gunships; and how the box includes a pretty huge mistake – and what the LEGO Group plans to do about it.

Plus, don’t forget to check out our in-depth, early review to see whether 75309 Republic Gunship is worth picking up when it launches next month.