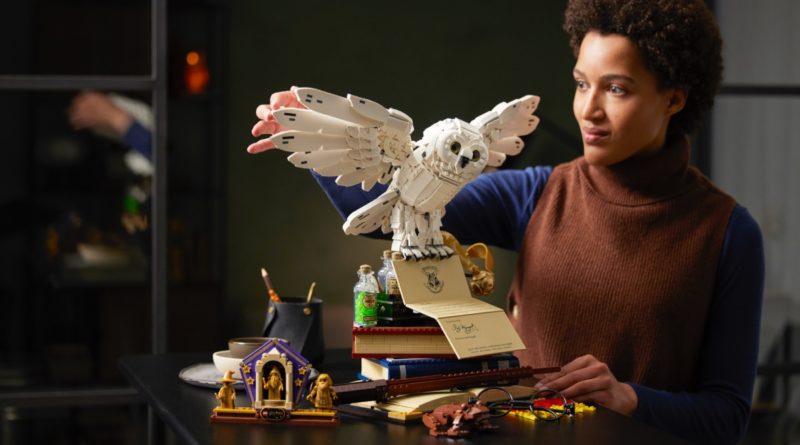 Unveiled today as the third direct-to-consumer set since the Wizarding World theme relaunched in 2018 – following 71043 Hogwarts Castle and 75978 Diagon Alley – the collection of buildable objects and characters draws on some of the most familiar props (and one animal!) from across the Harry Potter movies.

Hit play on the video below (or head over to Brick Fanatics’ YouTube channel) to see the display model in action, including some welcome articulation for Harry Potter’s owl Hedwig – even if it’s not quite on the same level as 75979 Hedwig’s mechanical wings.

76391 Hogwarts Icons Collectors’ Edition also includes three golden minifigures to round out the 20th anniversary collection, which you can take a closer look at by clicking here. If you’d rather just browse a full gallery of still images of the set, head this way.