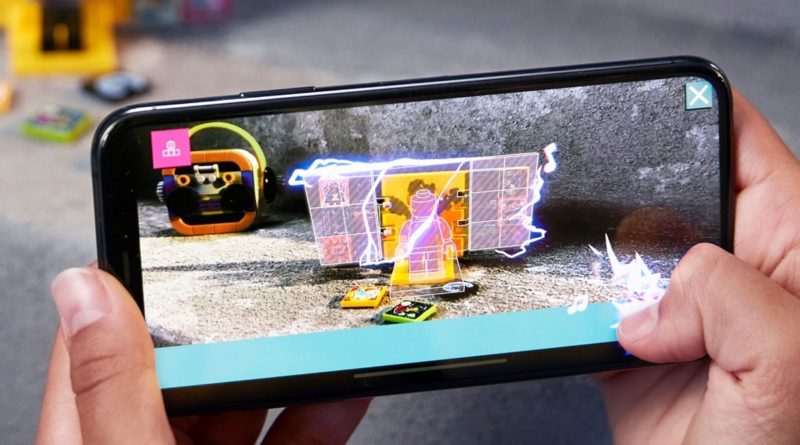 Not every LEGO set can be a winner, so from VIDIYO to a Volkswagen, here’s our rundown of the 10 most disappointing sets the LEGO Group churned out in 2021.

Hundreds upon hundreds of LEGO sets landed on shelves across the last 12 months, so maintaining a consistently high level of design quality across every single one of those products is a tricky task, to put it lightly. And – understandably – the LEGO Group didn’t quite manage it.

Whether for their price, minifigures, design, build or relative lack of ambition, each and every one of these sets unfortunately missed the mark in 2021.

This list has been compiled with input from across the Brick Fanatics writing staff.

On the surface, 10279 Volkswagen T2 Camper Van looks like a faithful model paying homage to the iconic vehicle, but the model itself is too temperamental and fragile.

As mentioned in our in-depth review, 10279 Volkswagen T2 Camper Van recreates the second-generation camper with a variety of noteworthy techniques and smaller details that you might only spot upon a second look. However, you might want to be careful with exactly how closely you look at the build, as it’s prone to just falling apart on its own.

Unfortunately, the high quality of the finished product doesn’t quite match the difficult building experience that comes before it, with the delicate construction making for an overall disappointing set, which would not be the case if the structure was strong enough to support moving and interacting with the model.

The high quality of the Chinese Traditional Festival sets is something of a double-edged sword. It means that anything that falls short of the mark is going to be judged much more harshly. 80106 Story of Nian was such a model. While it contained many of the features we’ve come to expect, it was also lacking some things many us were looking for.

The focus is (unsurprisingly) on the hybrid monster Nian. It’s a lovely build, packed with vibrant colours and innovative parts. It’s also highly poseable, with articulated legs and a jaw that can gobble up children. A new mix of printed minifigure elements also sets this model apart.

Unfortunately, the house façade is lacking in features – it’s essentially a dull, grey wall – and given the lavish homes we’ve got in this theme, that’s pretty disappointing. While this model was comparatively cheaper than other sets in the theme, we can’t help but wish the LEGO Group had pushed the price and piece count further.

We’ve grown accustomed to high costs across LEGO Star Wars over the past few years, but 75315 Imperial Light Cruiser is an example of how the LEGO Group shouldn’t be pricing sets.

Although 75315 Imperial Light Cruiser includes three exclusive minifigures, there are only five overall in a model costing £149.99 / $159.99 / €159.99. For that price, you’ll also be getting a recreation of Moff Gideon’s Imperial Light Cruiser with a lacklustre interior made up of one sparsely-detailed room.

Considering the other expensive LEGO Star Wars sets released throughout 2021, including the UCS 75313 AT-AT and 75309 Republic Gunship, even the most dedicated collectors might not have the budget for this disappointing model.

The Tumbler is one of Batman’s most iconic vehicles, so it’s a pity many LEGO versions have room for improvement. 76240 Batmobile Tumbler is certainly substantial, but it’s hard not to see it as a missed opportunity. It’s not the worst set ever made, of course, but it fails to build meaningfully upon the foundations of its last version.

Features like working steering remain absent, and while that’s a bit toyetic for something like this, it’d still be a fun feature to play around with – particularly since older Batmobiles at this scale included it. It’s also frustrating that parts of the Tumbler remain fragile, and interior space is a little difficult to access. While inserting minifigures isn’t really a concern here, some exposed brickwork on the inside also feels inelegant.

An argument can be made that the earlier 76023 The Tumbler was a solid design, and if it ain’t broke we shouldn’t fix it. But given it’s been seven years since that set was released, it seems fair to expect a more radical redesign.

What do you get when you combine two of the biggest bricks currently available from the LEGO Group in one set? A lacking build with a high price-per-piece ratio.

76942 Baryonyx Dinosaur Boat Escape wasn’t set up for success thanks to the inclusion of the massive, specialised boat and Baryonyx elements. Their presence means that the high price of the aquatic model doesn’t match up with the value of the contents, resulting in a building experience that lacks longevity and detail, and includes only one exclusive minifigure.

You can read our review of 76942 Baryonyx Dinosaur Boat Escape to see what little awaits in the box, with plenty of better, more valuable options currently available in the dino-centric theme, and more on the way for Jurassic World: Dominion in 2022.

Back in January, there was really only one reason anyone was picking up 75299 Trouble on Tatooine: that Beskar Mando minifigure. (And, sure, Baby Yoda, if you didn’t already have 75292 The Mandalorian Bounty Hunter Transport.) But it feels like the LEGO Group expected that character to sell the set alone, because the rest of it is severely lacking.

We’re not expecting the Earth for £27.99 / $29.99 / €29.99, but plenty of other sets and themes have shown what can be done with that price point, and the results are much more attractive than in this 276-piece set. And to add insult to (financial) injury, the LEGO Group dangled 75299 Trouble on Tatooine in front of us knowing full well that its must-have minifigure would be commonplace seven months later.

And when the far-superior 75312 Boba Fett’s Starship and 75319 The Armorer’s Mandalorian Forge landed in August, they effectively robbed 75299 Trouble on Tatooine of its only major selling point. This is not the way.

Now in its fourth year on shelves since making its magical comeback in summer 2018, it was no surprise when the Harry Potter theme began innovating in 2021, in an attempt to keep things fresh amid its 20th-anniversary celebrations. But in our book (if you’ll forgive the pun), the Hogwarts Moments sets were not the way to do that.

Coming in at a comparatively high price for their size – presumably by virtue of the enormous pieces required for their book covers – these portable playsets feel almost immediately repetitive of one another, which isn’t ideal when they’re geared around collecting and connecting all four.

They do boast a few decent minifigures between them, but they’re also heavily reliant on stickers in awkward places, and the furniture feels largely one-note. An imaginative concept, for sure, but one that couldn’t quite hit the mark.

Unlike 76238 Classic TV Series Batman Cowl, which offers fans an instantly-recognisable (albeit LEGO version) of the Dark Knight’s headgear, the more modern 76182 Batman Cowl seems like a real missed opportunity. While the set is based on a generic DC Comics interpretation of the cowl, it fails to do justice to what should be a simple and striking design.

When the designers of a LEGO set mention in its manual that they weren’t sure quite which version of a build to create, you do feel that the whole thing should probably have just gone back to the drawing board. There’s a real lack of depth and imagination to a set that ultimately should have been an easy win.

76182 Batman Cowl is the least complicated LEGO bust model released to date, and it’s perhaps this simplicity – combined with a high price tag for so few pieces – that earns it its place in our list of 2021’s LEGO misfires.

The LEGO Group has strived to mix physical bricks with technology over the years, as most recently evidenced by the short-lived LEGO Hidden Side theme. This year’s attempt at launching the next big thing was LEGO VIDIYO, which included an augmented-reality app and supporting sets allowing children to create their own music videos.

On paper, the concept was sound enough: a free-to-download app combined with a range of minifigures aimed at the screen-obsessed TikTok generation. However, from day one there were issues with the pricing of the bare-bones minifigure sets, many of which were almost instantly marked down by retailers. Add to this the fact that users couldn’t share their creations as freely as they wanted to, and it was clear the theme was going to struggle to find an audience.

LEGO VIDIYO is currently on hiatus, with the LEGO Group stating that it’s planning to ‘pilot some new ideas in 2022, then release new play experiences in 2023 and beyond’. While we’re not disparaging the LEGO Group’s attempts at trying something new, sadly this theme just didn’t hit the mark for us, and it’s probably best left in the past.

Ah, 76175 Attack on the Spider Lair. How do we loathe thee? Let us count the ways. No, genuinely: let’s count them. First, there’s very little in the way of actual building for its eye-watering price tag, trading the traditional LEGO experience for something that probably would have worked better as a pre-fab Hasbro toy.

Second, did we mention that price tag? £69.99 for 466 pieces feels almost criminal (ironically, for a superhero set), presumably led by the fact that so many of those elements are huge lumps of plastic that won’t find much application elsewhere (and therefore factor into the lack of a building experience).

Third, while there are a couple of interesting characters, four of its seven minifigures are straight repeats. Spider-Man doesn’t even have dual-moulded legs! We could go on, but this list has to end somewhere, so we’ll point you to our review for a more thorough breakdown of why 76175 Attack on the Spider Lair tops it. And then point you to five Spidey sets you should buy instead…

Come back tomorrow for our top 10 LEGO sets of 2021, and click here to check out all our Year in Review content.

Support the work that Brick Fanatics does by purchasing your LEGO sets (though probably not these ones) using our affiliate links. Thank you!