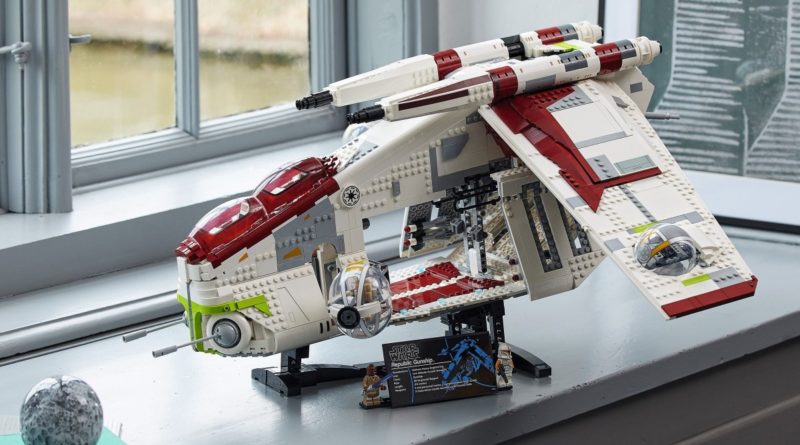 A LEGO YouTuber has some theories regarding the summer 2022 wave of LEGO Star Wars sets, including another, but smaller Republic Gunship.

MandRproductions has reacted to the rumoured set list for LEGO Star Wars in summer 2022, putting together a few theories for models that might be coming to the theme later this year.

Please note that the information presented in this video and article is only speculation and should not be treated as confirmation of any upcoming LEGO Star Wars sets. This article will discuss spoilers for the finale of The Book of Boba Fett.

We’ve already made our list of predictions for LEGO Star Wars in summer 2022 and there are a few similar ideas between our article and MandRproductions‘ latest video such as a recreation of The Mandalorian’s refurbished N-1 Starfighter for the rumoured 75325 spot. Though, a brick-built version of the ship has already become a popular topic in the online community.

The YouTuber theorises another model based on The Book of Boba Fett depicting the rampaging Rancor from the finale instead of another Rancor pit build to go alongside the reported Boba Fett’s Palace set.

For the rumoured 75334 set with a price of €49.99, MandRproductions believes that this could be a model of Jango Fett’s starship similar to the recent 75312 Boba Fett’s Starship. This might go alongside the reported 75333 Jedi Starfighter which is said to include the first LEGO Kaminoan. Both ships featured on the ocean planet in the films and the official build may only need a recolour with a different pair of minifigures to transform it into the older variant.

With rumours of another AT-TE set later this year, the YouTuber also proposes that a minifigure-scale Republic Gunship could be coming, as 75309 Republic Gunship is an upscaled version of the vehicle for the UCS range. The two vehicles also have a small history of releasing in models near each other such as in 2013 and a slightly longer interval in 2002 and 2003.

While these rumours are unconfirmed, you can see every currently reported LEGO set for themes including Star Wars in our comprehensive list.