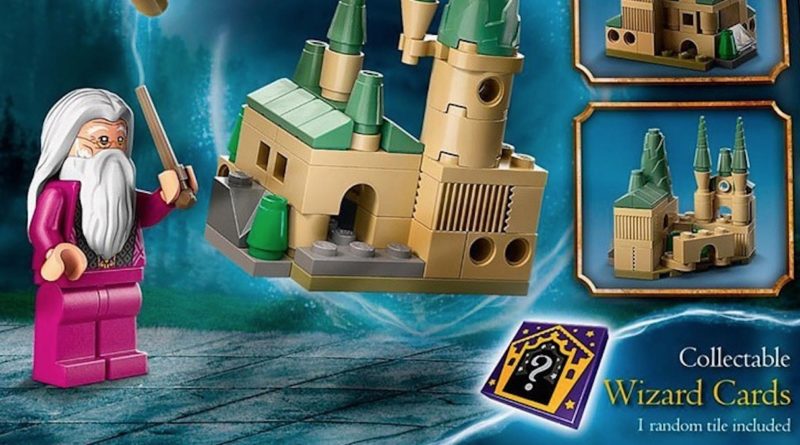 A surprise second LEGO Harry Potter freebie has gone live online and in-store, which means you can now double up on magical gifts-with-purchase for the next two weeks.

We already knew that 40577 Hogwarts: Grand Staircase would be free with a £130 / $130 / €130 spend on LEGO Harry Potter sets from today through July 31 (or while stocks last), but the LEGO Group has also tossed a bonus freebie our way in the shape of 30435 Build Your Own Hogwarts Castle. The polybag contains bricks to build a microscale Hogwarts Castle, a Dumbledore minifigure and a Collectible Wizard Card.

You’ll be able to snag that by spending at least £40 / $40 / €40 on LEGO Harry Potter sets, and it doesn’t take a mathemagician to figure out that means hitting the higher of the two thresholds will net you both freebies in one fell swoop.

It makes the higher required spend for 40577 Hogwarts: Grand Staircase slightly more palatable, although it’s still worth noting that none of the new summer sets alone is enough to qualify for the boxed gift-with-purchase (beyond 76408 12 Grimmauld Place in Europe).

There’s always the option to grab a couple of new sets, of course, or even aim for any of the theme’s three direct-to-consumer sets in 75978 Diagon Alley, 76391 Hogwarts Icons Collectors’ Edition and 71043 Hogwarts Castle. That 6,020-piece microscale rendition of the wizarding school is about to go up in price by a painful $70 in the US (and potentially in other territories, too), so now would be a good time to pick it up.

If you do, you’ll see both 40577 Hogwarts: Grand Staircase and 30435 Build Your Own Hogwarts Castle added to your basket through July 31, or while stocks last. Head here for a closer look at everything the larger of the two free gifts has to offer.

2 thoughts on “Double up on LEGO Harry Potter free gifts at LEGO.com”