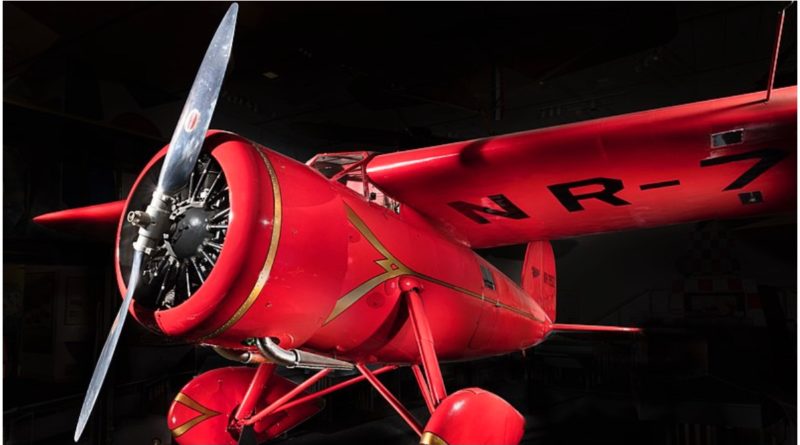 With more details surfacing on the rumoured 10298 Vespa, we’ve come up with some other worthy additions to the LEGO Creator Expert theme.

Over the last few years, larger-scale vehicles have become a staple of the LEGO product lineup. Models like 10294 Titanic, 10295 Porsche 911 and 10283 NASA Space Shuttle Discovery have all graced store shelves. If the rumours are true, a LEGO Vespa would be a welcome addition – especially since brick-built bikes are rare at this scale.

Since these kinds of sets are now an established trend, we thought it’d be fun to imagine some other inspirational vehicles for the LEGO range.

Named after the non-stop train service between London and Edinburgh, 4472 Flying Scotsman is an icon of the railway world. The locomotive was first constructed in 1923 and has enjoyed a storied history, even travelling overseas in the late 1960s. As the locomotive is approaching its centenary year, a LEGO iteration would certainly be appropriate.

Recent models like 10277 Crocodile Locomotive have suggested there’s an appetite for adult-friendly LEGO trains. The set’s rapidly-approaching retirement date also suggests there’s about to be a locomotive-shaped hole in the LEGO product selection.

Similar products have appeared in LEGO form before. 10194 Emerald Night was essentially a Flying Scotsman tribute act, featuring a similar design and colour scheme. Since that set retired in 2011, we’re arguably overdue for a new LEGO steam engine of this kind.

The mighty Space Launch System is one of NASA’s latest spacecraft. It can send astronauts and cargo to the moon in a single mission, and will launch as part of the Artemis I lunar mission. It may also facilitate travel to the likes of Saturn and Jupiter, at least for robotic passengers.

The LEGO Group has produced many different space-inspired sets in recent years, although many have pulled inspiration from past eras of space travel. Examples include sets like 10283 NASA Space Shuttle Discovery and 10266 NASA Apollo 11 Lunar Lander. While sets like 60228 Deep Space Rocket and Launch Control have referenced the SLS, an officially licensed model could be a more relevant and exciting model for the LEGO space fan.

The recent release of 10294 Titanic shows LEGO fans are eager for highly ambitious models. Continuing in the ship theme, a model like the Mary Celeste could be a worthy next move.

The Mary Celeste was a 19th-century ship that was discovered adrift and abandoned in 1872. Although dishevelled, she was still seaworthy, but a lifeboat was missing from the deck. The ship inspired numerous theories as to the fate of her crew including earthquakes, attacks by a giant squid, and even paranormal forces. In later years, the ship was deliberately wrecked for attempted insurance fraud.

As the ship remains a famous vehicle from history (and a more conventional sailing ship) a LEGO model may be very well received. Similar models have popped up in LEGO form now and then; 10210 Imperial Flagship is one of the most beloved examples, although it’s been missing from store shelves for about a decade at this point. A LEGO Mary Celeste (or similarly grand ship) would be a welcome addition.

Amelia Earhart is another historical question mark, mysteriously disappearing during a circumnavigational flight of the globe in 1937. Before she attempted this trip, Earhart had set a number of aviation records. Two of these were achieved in a Lockheed 5B Vega; the famous pilot used the plane to fly solo across the Atlantic Ocean, and – later – nonstop across the United States.

Unlike the other vehicles on this list, the Lockheed Vega 5B has actually received a LEGO version. In March 2021, 40450 Amelia Earhart Tribute was released as a promotional item. It included an exclusive Amelia Earhart minifigure, and was released to commemorate her achievements for International Women’s Day on March 8.

The LEGO Group has released models of similarly iconic aircraft before now. However, models like 10124 Wright Flyer (first released in 2003) are now rather long in the tooth. A modern-day set that could take advantage of today’s building techniques would be impressive, and Earhart’s vehicle is a splendid candidate.

The Jaguar C-Type was a racing sports car, first constructed in 1951. A relatively small number of these cars were built at the time, with many passing into private collections within the United States. The C-Type also proved a hit on the racing circuit, bagging two wins at the Le Mans 24 Hours race.

Earlier this year, it was reported that Jaguar will remake the car for its 70th anniversary. Just eight will be produced for the celebration, recreating 1953 specifications. We’re sure these products will be highly sought after for car fans.

The Jaguar C-Type features an elegant, curving body that makes it very attractive. It would also pose a stiff challenge for LEGO designers, who have brought more and more iconic vehicles to the table in recent years. While some compromises would be inevitable, this would remain an exciting (and timely) addition to the Creator Expert collection.

While all these products remain speculative, you can visit the Creator Expert page to see what’s currently available.