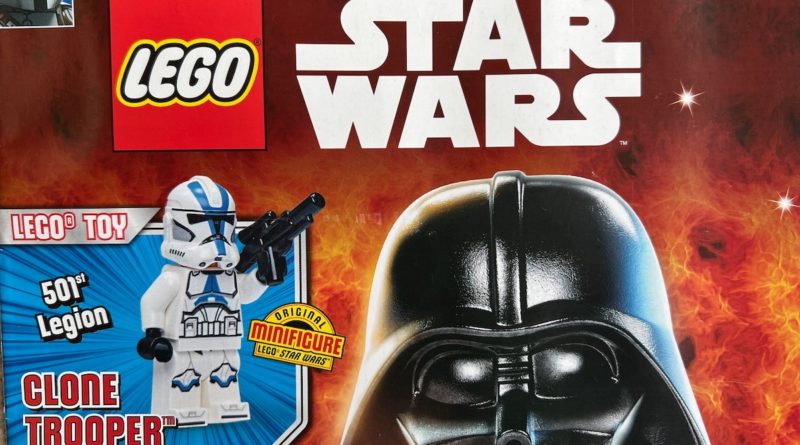 The latest issue of the official LEGO Star Wars magazine is on sale now and includes a free 501st Legion Clone Trooper minifigure.

UK LEGO Star Wars fans looking to bulk out their Clone army minifigure collections, will definitely want to head down to their local newsagents from today. The latest issue of Immediate Media’s official LEGO Star Wars magazine is on sale now and includes an exciting cover-mounted gift.

Also known as Vader’s Fist, the 501st Legion saw extensive combat during The Clone Wars before eventually being absorbed into the Galactic Empire and taking part in the Battle of Hoth. Collectors looking to add four more of the minifigures to their collections should definitely also pick up 75280 501st Legion Clone Troopers, with the set due to retire by the end of 2022.

The next issue page of the latest LEGO Star Wars magazine reveals that issue 82 will include a free 52-piece LEGO AT-AT mini model, switching once again from offering fans alternate vehicle and minifigure gifts every other month.

LEGO Star Wars magazine issue 81 is on sale now in the UK priced £4.25. Issue 82 is mentioned as ‘coming soon’, with no specific publishing date listed, but it should be out around mid-April.